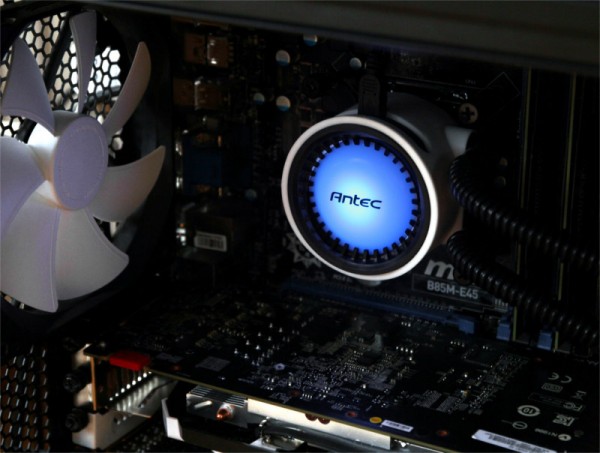 The ambient temperature during the test was about 20°C.

Since the pump is connected directly to the power supply and the 3-pin connection only outputs the speed to the motherboard, we could not vary the speed here. The good news is that the pump was not heard in our system.

For Silent mode, the Antec fan was set to 500 rpm (despite the manufacturer’s specification of a minimum of 800 rpm, this is possible). For maximum cooling, the fans were then set to 2000 rpm. In idle we started only Windows and SpeedFan. It was then debited with the small-FFTs test from Prime95. No power-saving features were disabled in the BIOS / UEFI.

Here is the Antec Mercury 120 compared to the boxed cooler of the Intel Core i5-4460. The Intel Boxed cooler could not be tested under load in Silent mode, as the temperatures ran too fast out of control. 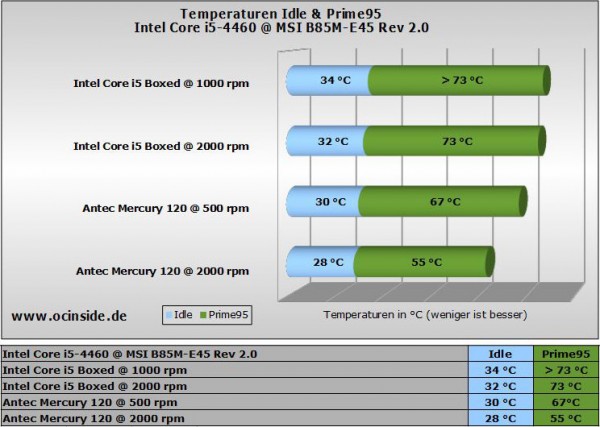 The fan is audible from 900 rpm with the case closed. At 2000 rpm you hear a loud noise, but no clacking or grinding.

Interestingly, the lighting of the pump (not the fan) adapts to the coolant temperature.

From 36°C the logo pulsates green. 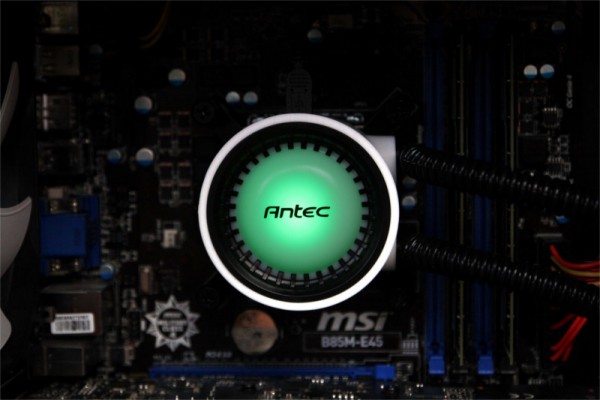 Above 41°C, the color changes to red. 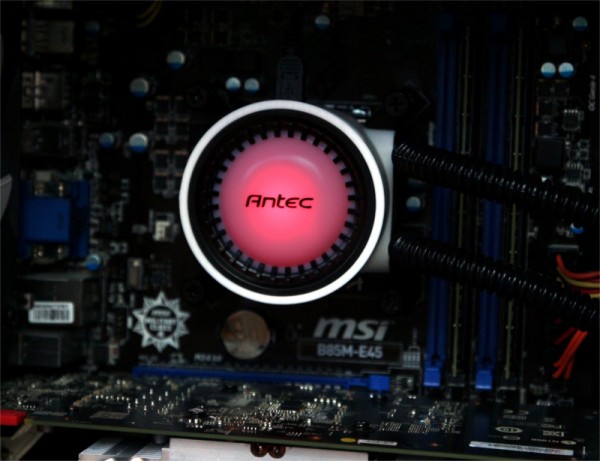