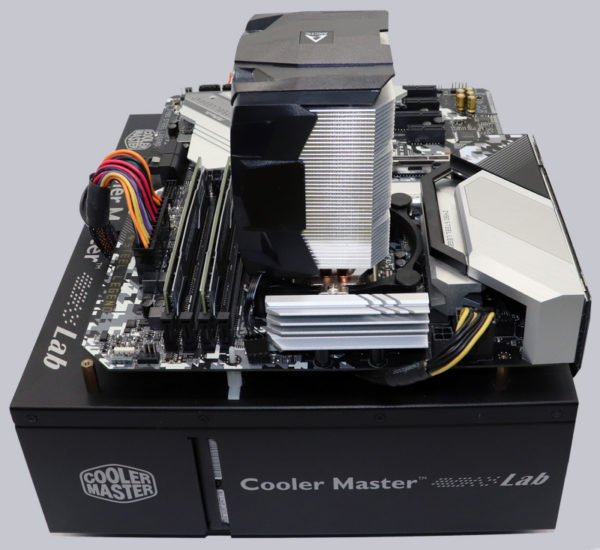 The following programs were used for the measurement: Prime95 and Intel XTU
Thermal compound: Arctic MX-4

The following picture shows a thermal image of the ASRock Z490 Steel Legend LGA 1200 test system with the Arctic Freezer 7 X cooler, where under extreme thermal load one can see very nicely how the heatpipes shine through even under the upper plastic cover. 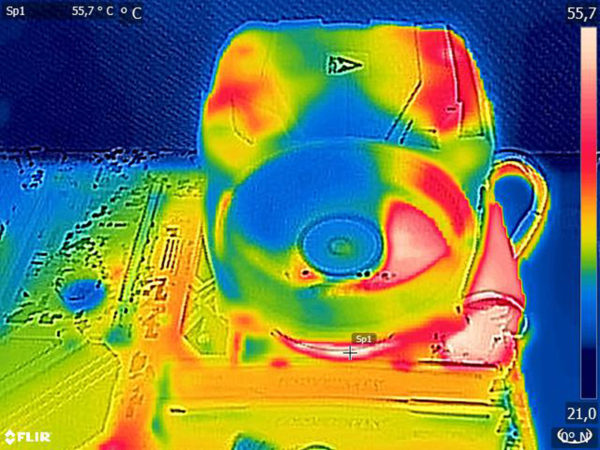 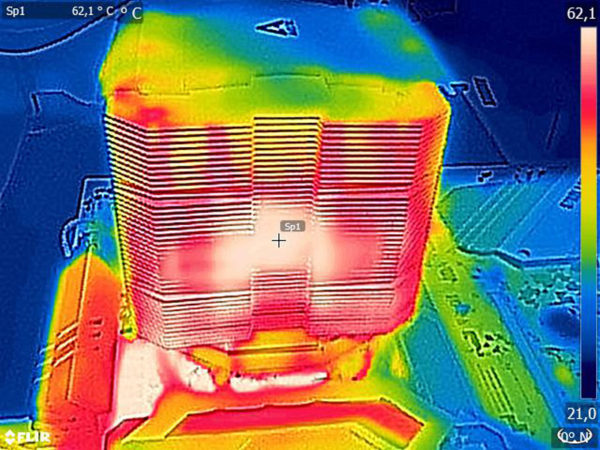 We first tested the Intel Core i5-10500 CPU without overclocking in idle at low, medium and maximum speed. Thus the TDP was only 7 Watt! 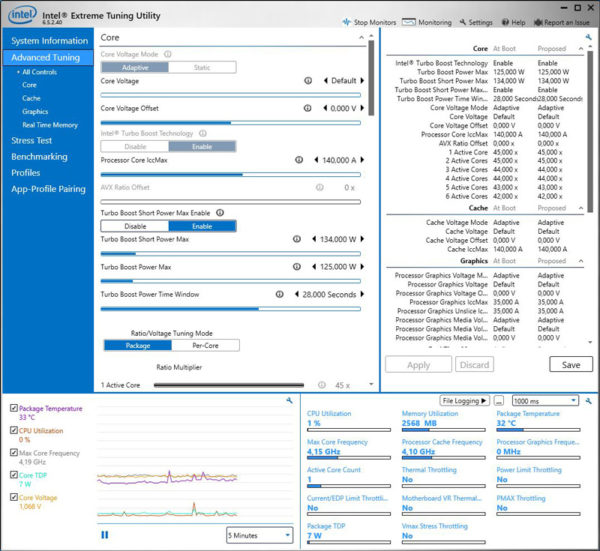 So after that we loaded the Intel Core i5-10500 CPU with Prime95 Small FFTs, so that with Base Frequency Boost about 100-102 Watt TDP is reached and notes the temperature at low, medium and maximum speed. 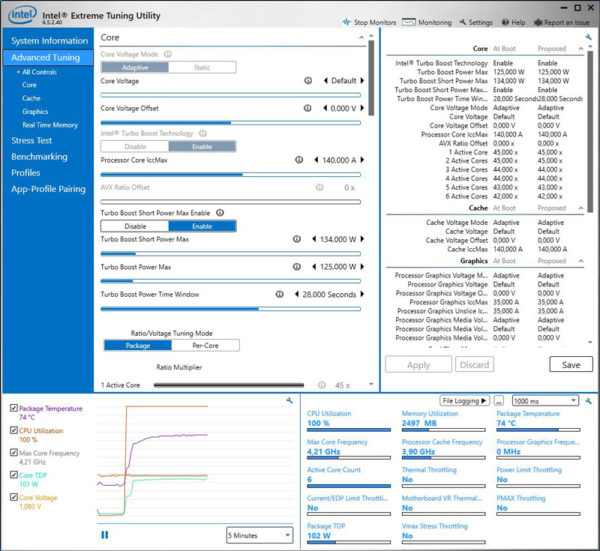 The fan volume is measured with a sound pressure level meter in dB from a distance of 100cm. Additionally we determine the respective speed.

In the following Arctic Freezer diagram you can see from top to bottom the results of the Intel Core i5-10500 CPU in idle with 100% speed, i.e. approx. 2089 rpm, below with 60% at approx. 1422 rpm and finally with 20% speed at approx. 525 rpm. After that, these three speed ranges follow again with identical volume at Prime95 Small FFTs full load. 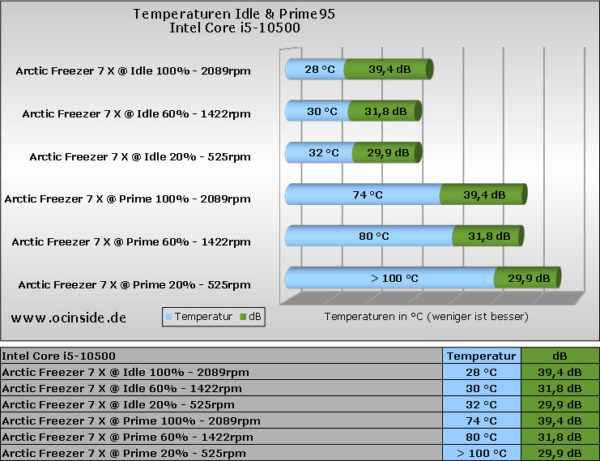 You can see very nicely how the package temperature of the processor can rise to over 100°C in extreme cases, whereby Intel throttles down (thermal throttling) to protect the CPU from about 100°C. So the Arctic Freezer 7 X easily manages the 65W TDP (Thermal Design Power) and even the 100W TDPc with Base Frequency Boost can be handled by the Arctic Freezer 7 X with medium to maximum speed. The noise level stays just under 40 dB and is still completely within the green range.

Which differences there are in measuring the CPU temperature and how to overclock, we have explained in detail in the Intel Core i3, i5, i7 and Intel Core i9 overclocking guide.