The strikingly designed cooling block, complete with integrated 40mm VRM fan and pump, has remained virtually unchanged since the launch of the original Liquid Freezer 2 series, and that’s a good thing. After all, it is an essential part of the cooler and has always delivered excellent cooling performance. Starting from it are the only two electrical connection cables. 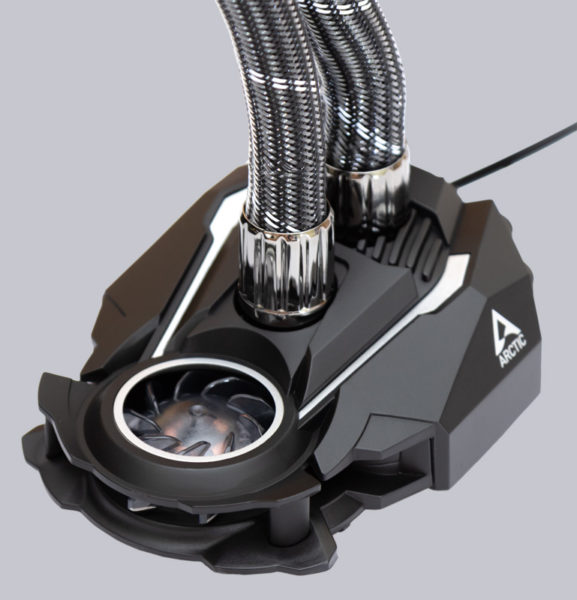 The 40x44mm rectangular cold plate made of bare copper sits on its underside, which has cooling fins made by “micro skiving” on the inside. If you want to shut down the VRM fan, which is practically inaudible during operation, you can disconnect the small connector on the left in the picture. 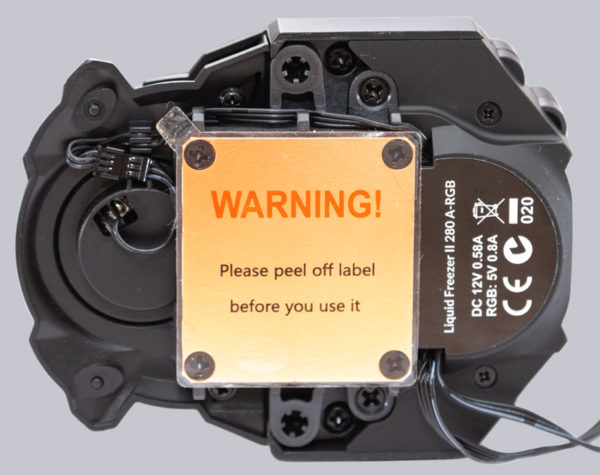 After peeling off the protective film, a flawless cold plate is revealed. 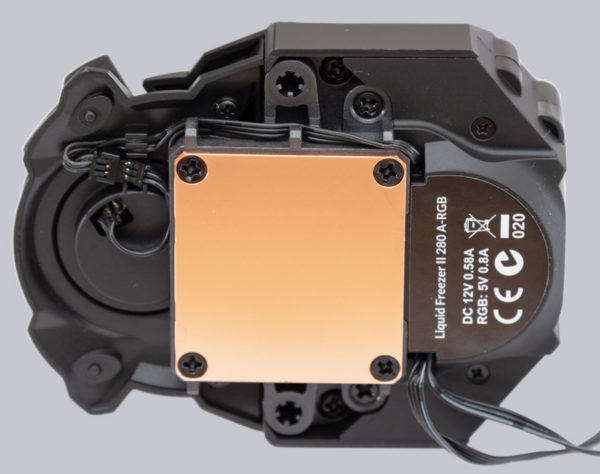 By now, we have reviewed quite a few radiators from Arctic CPU water coolers and could never find anything wrong with them. This time is no different. The 38mm thick, black-painted aluminum cooler has excellent workmanship. All of the cooling fins are evenly spaced and have no dents to impede airflow. 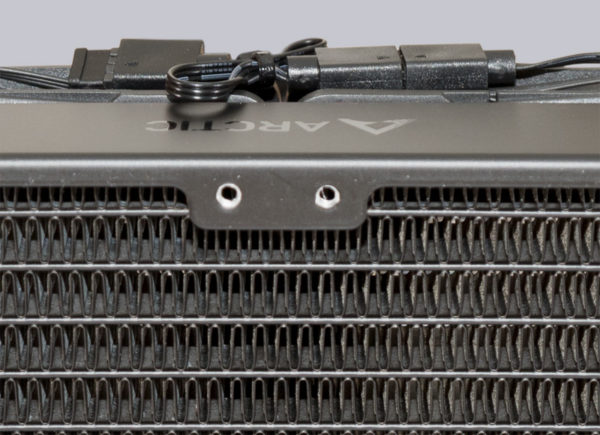 The two A-RGB illuminated 14cm fans are already pre-mounted on the radiator. All connection cables for fan, RGB and pump are combined in this AIO water cooling, so you only have to connect one fan cable and one RGB cable. This saves space and is especially interesting for mini-ITX systems. All fan cables are routed closely to the radiator and run hidden through the protective jackets of the cooling water hoses to the pump unit. Bye bye cable tangle! If you want, you can also control the pump and fans independently by disconnecting the connectors and connecting the components individually to the motherboard. When choosing a case, you should definitely consider the total thickness of 65mm for the fan and radiator. It would be very annoying if you only realize during installation that the cooler does not fit between the case lid and the VRM heat sink of the mainboard. 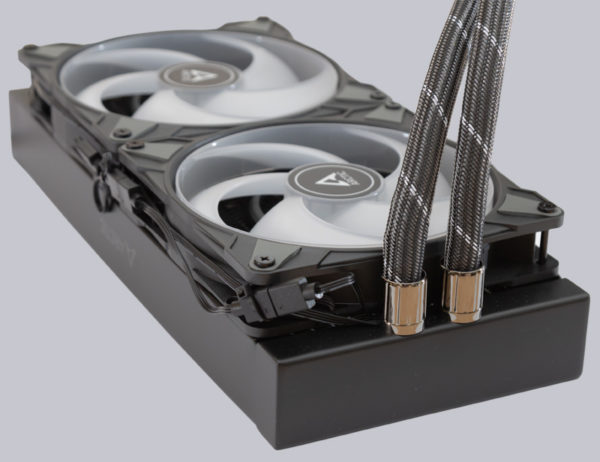 The 14cm fans rotate up to 1900 rpm fast. Thanks to the hydrodynamic plain bearing, however, they run pleasantly quiet. As with the 12cm version, the fan blades here are also enclosed by a ring. Integrated into the fan hub are 12 A-RGB LEDs each, which provide powerful and even illumination of the fan blades. Due to this concept, the RGB version loses almost no active fan area compared to unlit fans. Thus, no cooling performance is lost in comparison. If you do not have an addressable RGB controller, you can also choose the variant with conventional RGB lighting, which is also offered by Arctic. The cooler set does not include an RGB controller. You have to fall back on the possibilities of the mainboard or an external RGB controller. Arctic also offers such an RGB controller with some other useful features separately. In the course of our test of the Freezer 50 CPU cooler, we tested the inexpensive Arctic A-RGB controller in detail. 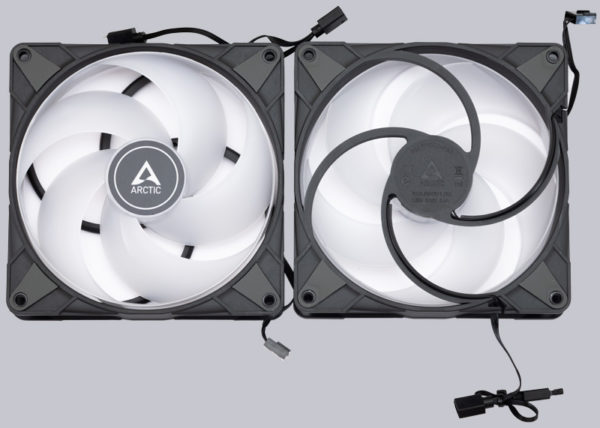 Fortunately, Arctic does not use proprietary connectors. The fans of our Liquid Freezer II 280 A-RGB have common 4-pin connectors for fan control and 3-pin A-RGB connectors. 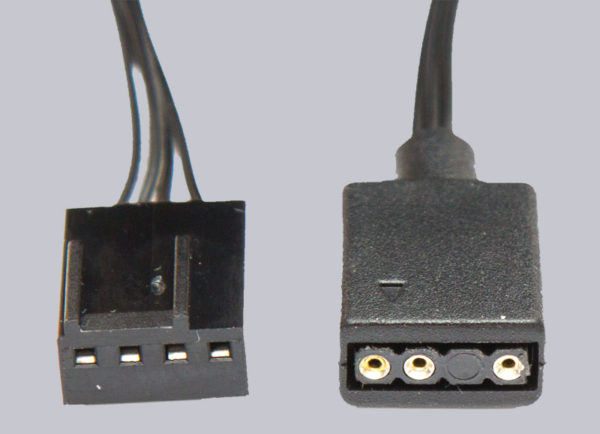 In order to connect additional RGB components without additional adapter cables, there is a free connector on the fans whose contacts are protected with a rubber grommet. 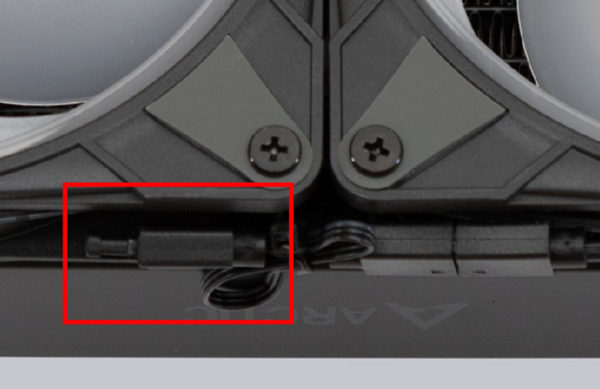 Next, we mount the water cooling in our AMD test system.