Let’s look at the fans in detail first. With their transparent, milky fan blades, they ensure good refraction; besides, you can see the copper coils inside. Depending on the model, the fan blades are differently shaped, here again Air Flow (left) and Air Balance (right) in comparison:

On the back, the fans have a small switch. In addition to “RGB” for operation with the RGB controller, “R” and “B” can be selected. The fans can also glow red or blue without RGB controller. 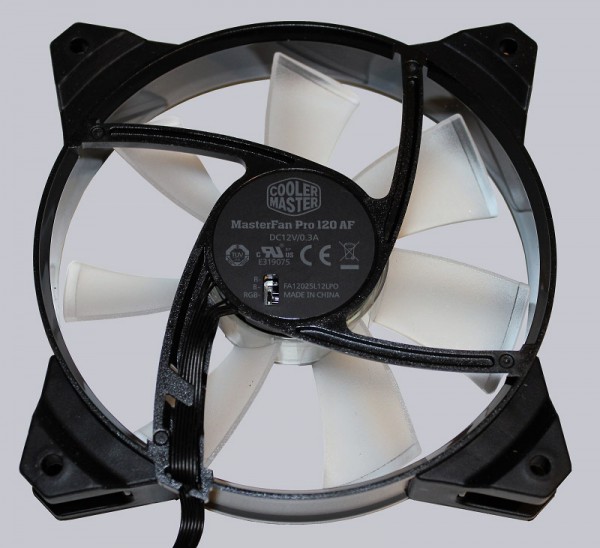 The connection cable has more lines than “normal” fans, since the fans have a 4-pin RGB connection in addition to a 4-pin PWM connection. 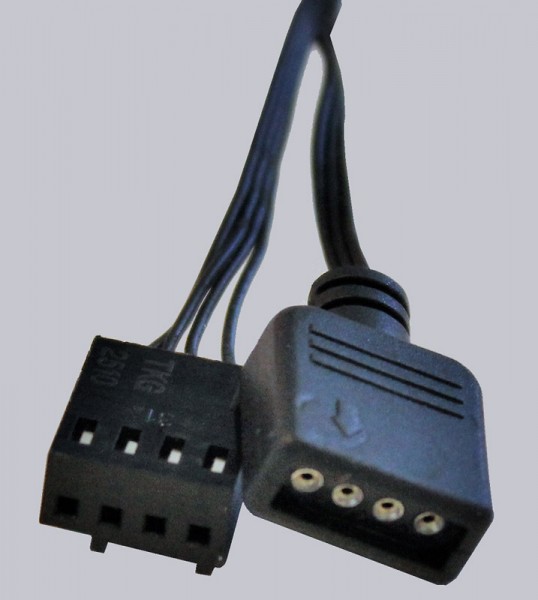 The corners of the fans are made of rubber which is to be used for vibration damping. They are each fastened with two Allen screws, which looks very high quality. 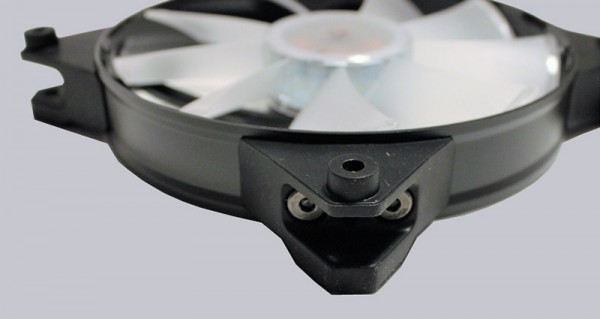 They also have a kind of spacer on one side.

If we were still wondering why “only” fan screws are included in the scope of delivery, as many other manufacturers still supply rubber coupler, we now recognize that the Cooler Master RGB fans always have their decoupling.

This design, however, leads to the fact that the specified depth of 25mm is no longer quite right: we measure 28mm. In the side view you can see it even more clearly.

The 4-pin RGB connection makes it possible to operate the fans on “external” RGB controllers. Cooler Master also advertises compatibility with Asus Aura Sync, ASRock RGB LED, Gigabyte RGB Fusion and MSI Mystic Light Sync. Very practical, but of course you are then limited to the functional range of the respective manufacturer.

The Cooler Master RGB controller, on the other hand, provides connections for 4 individually controllable channels, is internally connected via USB to the mainboard …

… and powered by SATA.

The back shows 2 press-fit nuts for mounting. 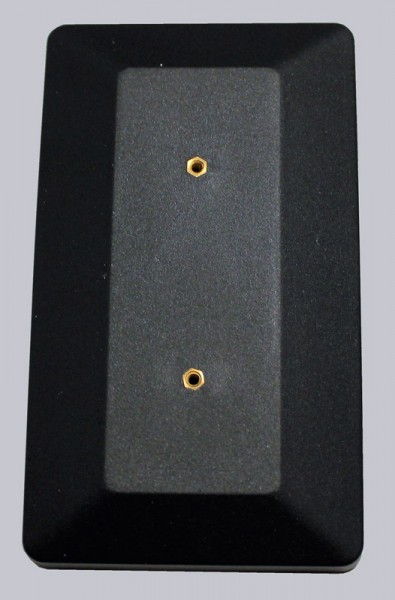 What you can not see is that the housing is magnetic so that the floor is easily adhered to the sheet of the PC case. The magnet is sufficiently strong. The press-in nuts are nevertheless a useful alternative, e.g. for aluminum housings.

Both the fan and the controller make a high-quality impression.