Let us first take a look at the star of the evening: the Keyboard Master Keys Pro S. Very good is the compact design compared to a full-size keyboard which would have an a numeric keypad in addition. Thus it provides more space for a big mouse or additional control units.

The back of the keyboard keeps only a micro USB socket ready to receive the connecting cable. Gratifying it is that Cooler Master has chosen a standard jack. So it is possible, user can connect his personal favorite cable. 😉 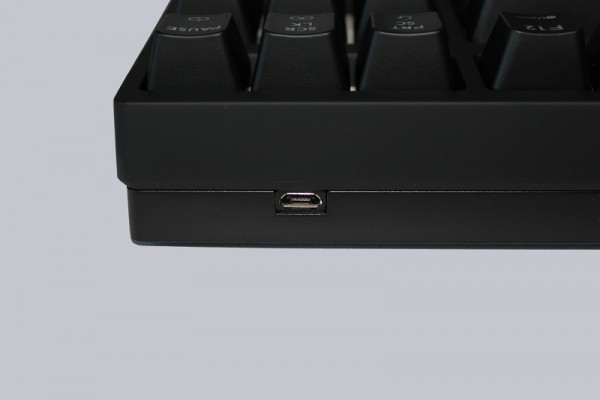 The underside gives a clear view of the four fixed- and the two fold able feet. Thanks to the rubberized feet the keyboard remains even when playing heated Snake laps in place.

And of course even, if you fold out the feet of the MasterKeys Pro S. 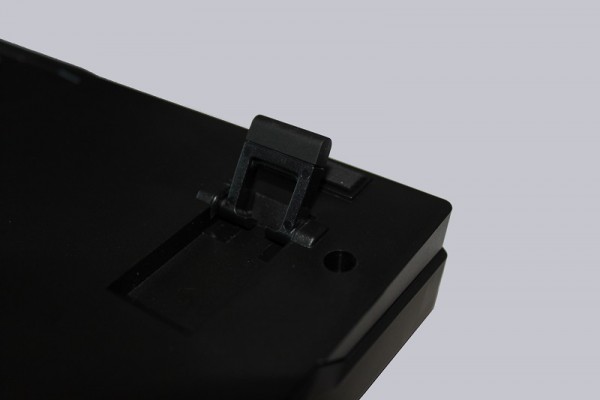 In the side view can be seen that this is not a very flat keyboard. It is presumably due to the sandwich construction, to provide a evenly lighting, but of course in the first place due to the large mechanical buttons. 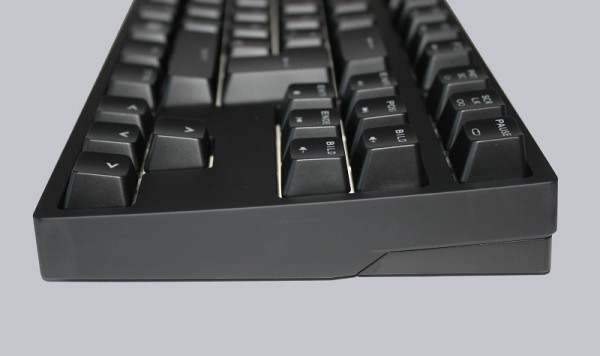 Thanks to the feet, the keyboard can also be operated slightly increased in height. 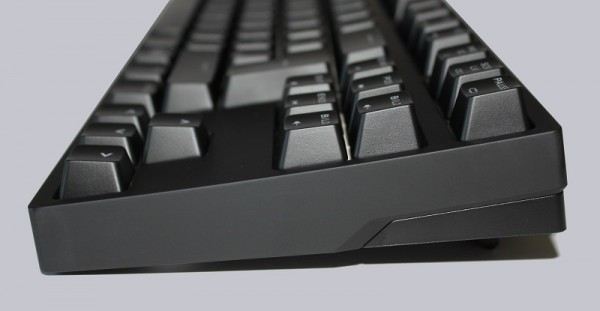 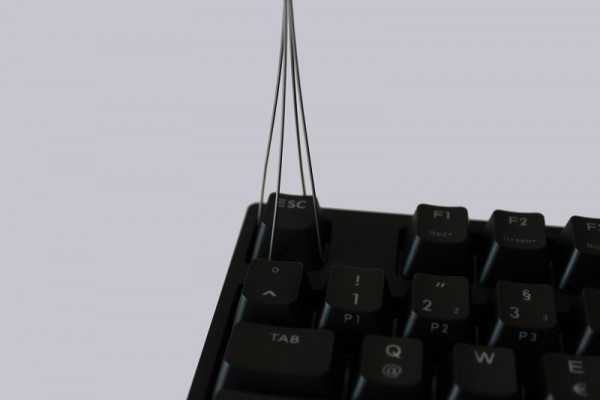 … and take a look at the built-in Cherry MX Brown switches. The clear housing additionally promotes the illumination and the imprint “Cherry” assures the buyer to have a original in his hands. 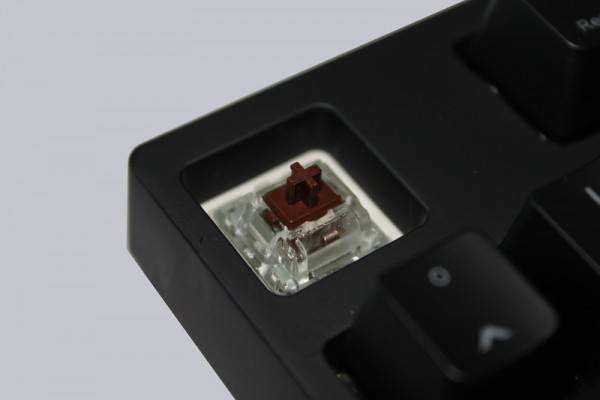 The white layer ensures an evenly illumination of the keys and the spaces. In addition to a Cooler Master key that takes the Windows key function … 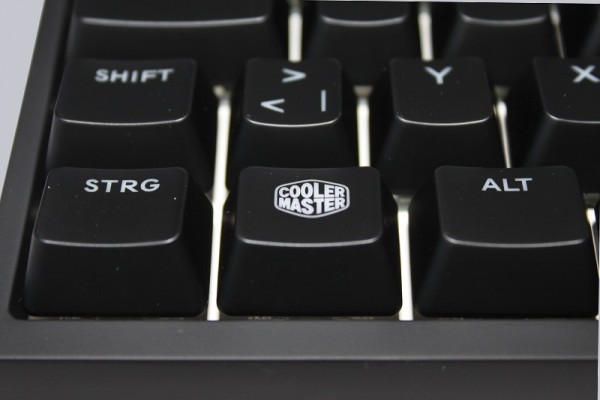 … the keyboard has a key for turning off the Cooler Master key as well as macro buttons, lighting on/off… 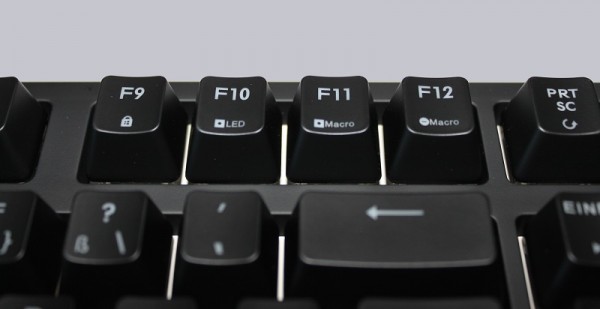 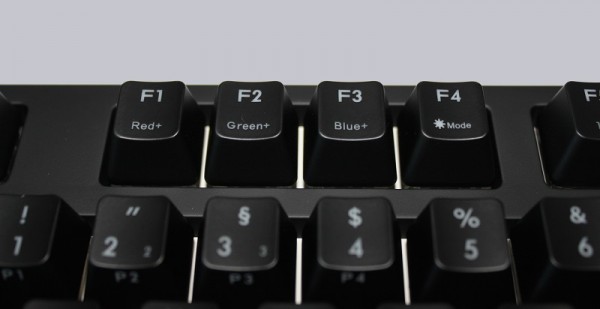 … as well as keys for the polling rate to set the input level in four stages. 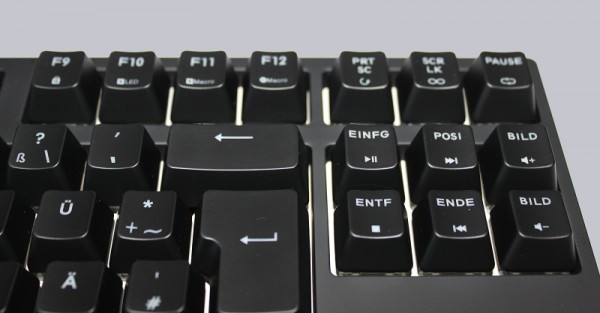 Let us take a look at the inside of the MasterKeys Pro S keyboard. First, the four screws must be loosened at the bottom.

We then carefully pull on the frame at the edge of the keyboard and take if off. Then we`ll see the following picture. 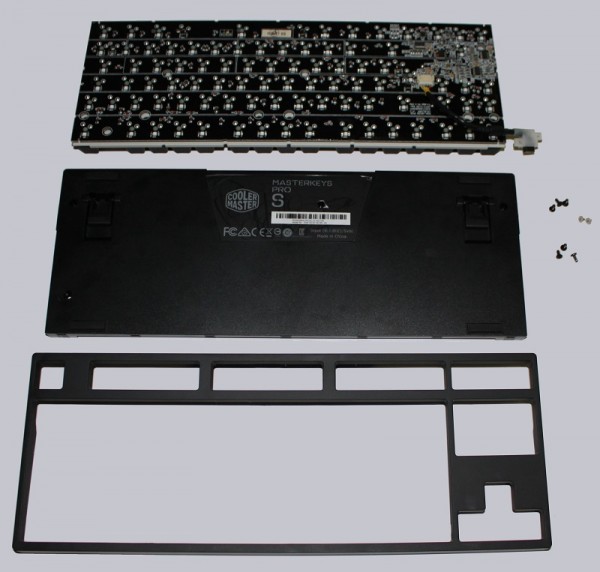 The board is very good crafted and gives a view of the built-in SMD LEDs as well as the solder points of the Cherry MX Brown switches. So it would be possible, if spare parts provided, to swap defective components, should it ever be necessary.

The highlight of the exercise, however, is to clean the front of the white layer.

To raise the anticipation, we`ve decided to take a look at the software.

Logically, there is no driver CD included. Thus we have downloaded the latest version of the software on the website of Cooler Master. During installation you can select the desired language and the installation folder. 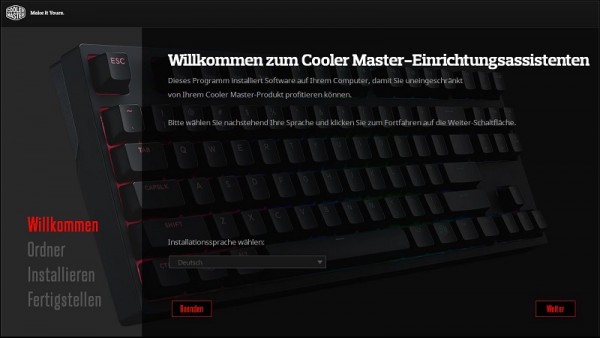 Before starting the system the software checks if the keyboard has installed the latest firmware.

When the firmware is updated the software starts immediately. 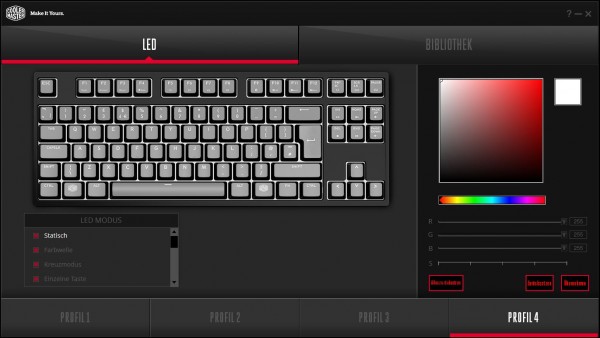 On the home page we have the opportunity to choose among the many illumination modes and/or adjust the color manually. So you can create up to four profiles. The effects of the modes can be immediately viewed on the keyboard, storing then take 2-3 seconds. 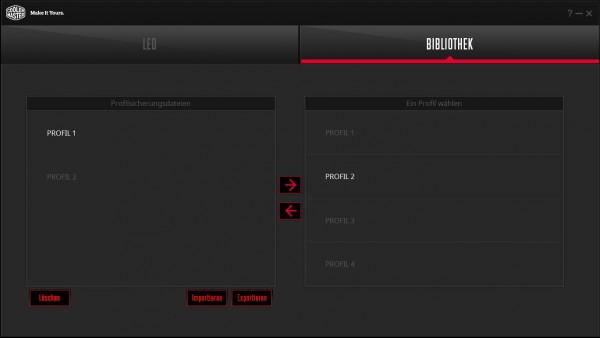 Unfortunately we have no way to change the names of the profiles in the software. And also we are at this point already at the end of our little tour arrived. While Cooler Master refers to the software as “user friendly” and that is true to a certain extent also, however, it would be nice to get a little more functionality. A software supported macro recording would have been very handy. Also you can indeed control the slider, the speed of effects, but a brightness control does not exist. But we come now to the actual practical test, in which the MasterKeys Pro S can show what it can do.