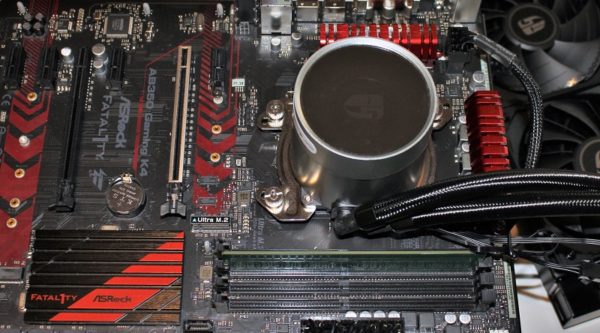 The Deepcool Castle 240EX competes as always against our reference, the Noctua NH-D15. If you want, you can also take a look at our recently published review of the Deepcool Assassin 3, which was tested under the same conditions and compare the results.

The result is very similar to the Assassin 3 test. Adjusted for noise, we would roughly announce a tie between the two opponents. A very good result for a 240 AIO water cooling! 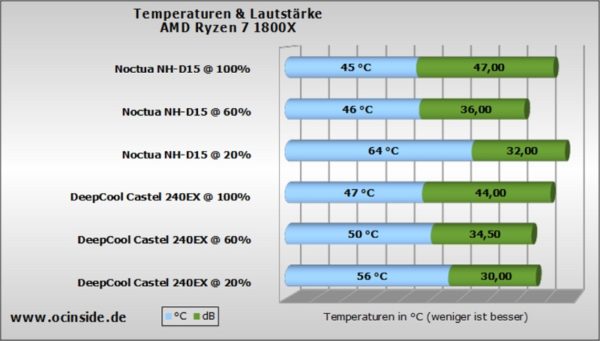 Since the pump can also be perfectly controlled via the 3-pin connection, we also tested how the pump speed affects the cooling capacity and have the pump regulated separately at 100% fan speed. 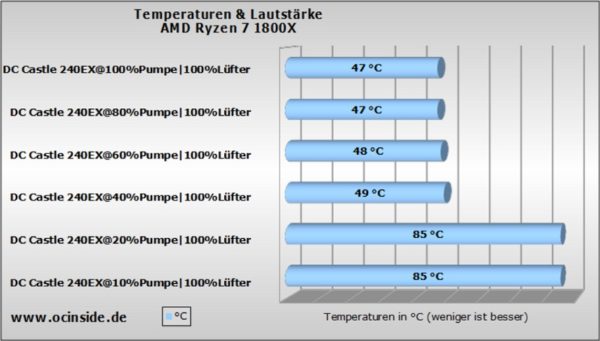 The cooling capacity drops only moderately even at 40% pump speed, so that the pump can be controlled with a clear conscience in favor of quieter operation. Below this, however, the flow drops so much that sufficient cooling is no longer guaranteed.

In our view, the fans are very well tuned and can serve every need, whether low noise or maximum power during the next benchsession.

With AIO water cooling, you often encounter a slight pump hum or pump whirring, which we unfortunately also noticed with the Deepcool Castle 240EX. Since the pump is so easy to control, you can fine-tune it. We also have a short video on this.

The whirring is overall relatively low, even at 100% pump speed, so that it is quickly lost in the fan noise as soon as you switch it on.

Now we come to the optical criteria of AIO water cooling.

The Deepcool Castle 240EX knows how to please despite a rather simple cable controller with a lot of interesting effects. As always, we have a video of this on our OCinside YouTube Channel.