The motherboard is certainly no longer the decisive factor when it comes to the power consumption of a PC. Despite all that, we still want to show what the motherboard consumes and whether it can deliver accordingly under load.

The system’s energy consumption is of course always dependent on the installed components and their load. Our test system consumed 76 watts in idle including the graphics card (AMD RX 6750XT), 2 working memory bars, as well as an M.2 SSD and two 2.5 inch SDDs.

Under full load (Cinebench 23 and Furmark in combination), the power consumption was a good 541 watts. The heatsinks around the CPU socket didn’t get particularly hot here either despite passive cooling, to be precise 44.7°C to the left of and 53.3°C above the CPU.

With the power limits removed and an all-core boost of 4.7 GHz, we measured a good 562 watts. 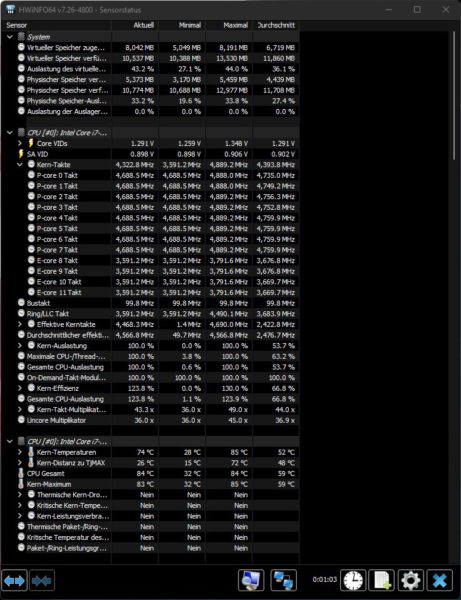 As already explained in the UEFI, there are limits to overclocking due to the chipset, but a little is always possible with the following settings. Speaking of overclocking … in the current Intel Core i7-12700K test we also overclocked the CPU. 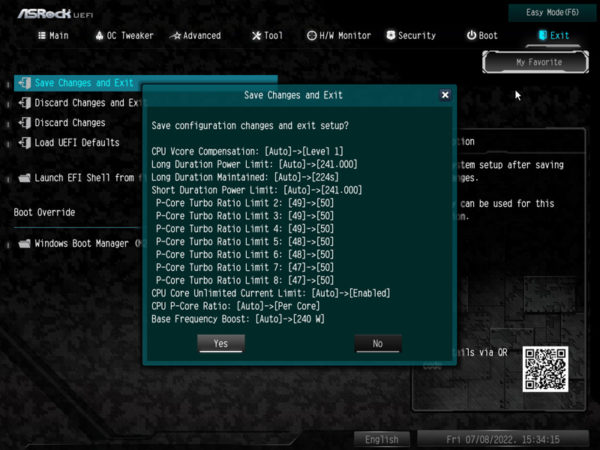