With the nine-bladed, milky white fan wheels, you immediately notice that Silverstone has given the design a lot of thought. The fan blades are heavily curved and have grooves at the ends to reduce vibration and flow noise. In addition, rubber elements at the mounting points are designed to further dampen vibrations. The brand logo is emblazoned in the middle, which resembles a snowflake, matching the name Permafrost. Since the PF240-ARGB’s fan blades are illuminated and not the frame, the fan blades are not unnecessarily restricted in diameter, which would cost performance. 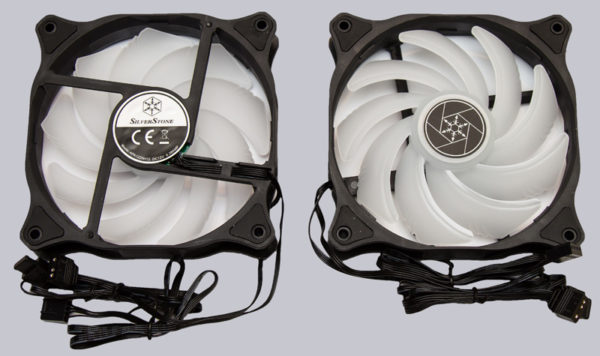 With the aluminium radiator, on the other hand, we are served standard food. The execution is averagely good, no more and no less. Not even a logo can be found on it.

So let’s go straight on to the radiator/pump combination. It accommodates a 3-phase, 6-pole motor that is supposed to be particularly quiet and efficient, although we will go into the subject of noise development in more detail later. The square plastic housing is chamfered at the top and opens out at the top into the hexagonal display, which we’ll look at more closely later during the RGB test. Those who have a closer look can already see the SilverStone logo shining through. The rather bulky and with 400mm length not very generously dimensioned rubber tubes are mounted in swivel fittings on the pump for a better installation. On the following photo, the bracket for Intel 115X socket is mounted. 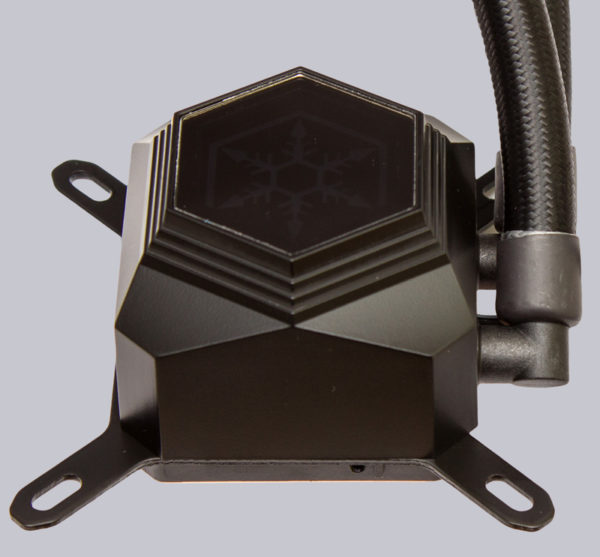 There is nothing to criticize about the copper cooling plate. As usual, the mounting surface is covered with a protective foil, which must be removed before mounting. For comparison the AMD mounting plate is mounted on the following photo. 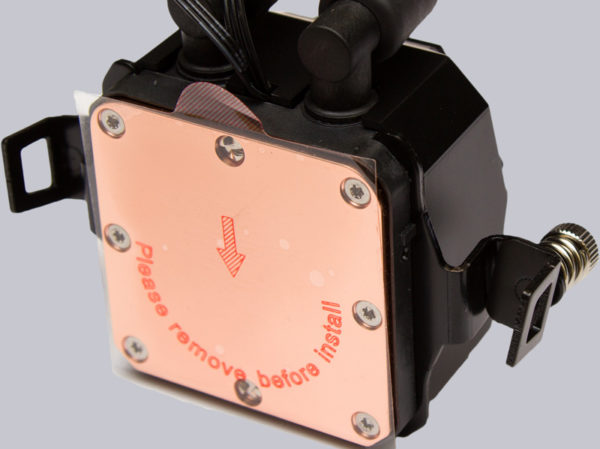 The small scratch is absolutely insignificant, as you cannot really feel it. Otherwise, the surface is matt, but smooth and exemplary even. Here we also have nothing to complain about. But if you want to clean the tightly manufactured cooling fins later, e.g. after a longer period of use and the warranty period expires, you will need special tools. 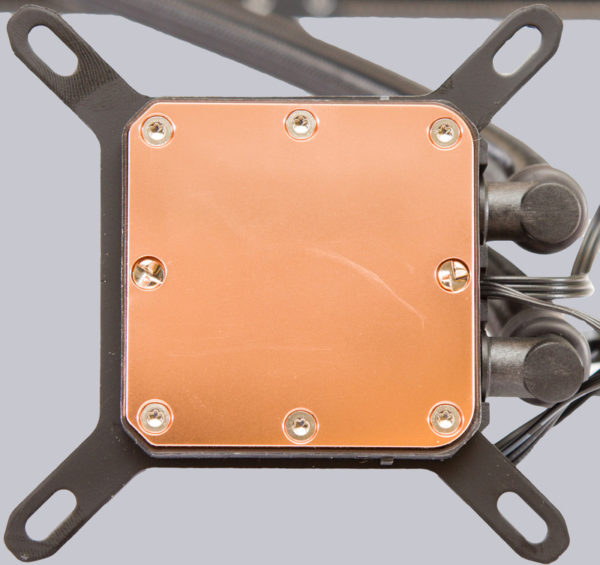 Before the cooling system is installed in the PC, the fans are screwed onto the radiator. We noticed the particularly flat mounting screws very positively, because in the past with the screws of other products there were often space problems in the area of the VRM coolers or RAM modules of the mainboard. 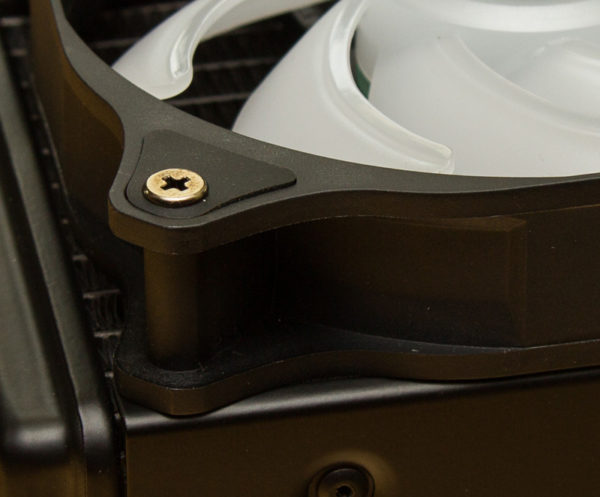 If you want to use the PF240-ARGB water cooling in a system with a motherboard without 3-pin 5V aRGB header, you can use the included aRGB controller from SilverStone. It is extremely compact and offers a single aRGB connector, but due to Y-cables on all components of the PF240-ARGB, this is fully sufficient to illuminate all components. Power is supplied via a SATA power connector.

Next we install the Permafrost AIO water cooling in an AMD and Intel system.