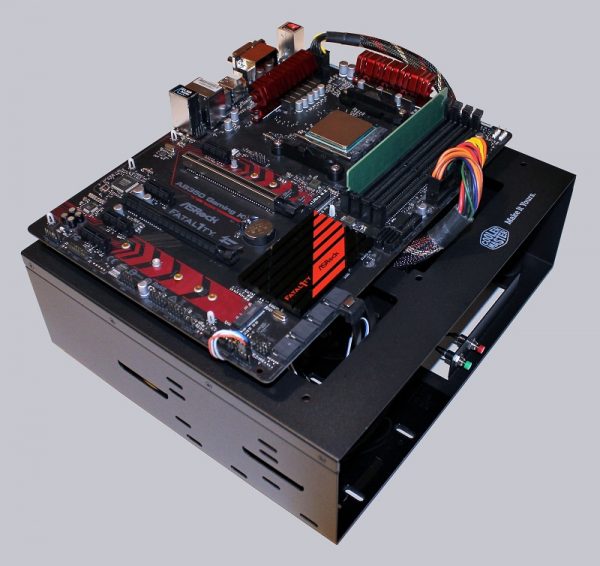 The Cooler Master MA410P competes against the AMD boxed cooler, which in turn brings a fighting weight of only 175g on the scales. 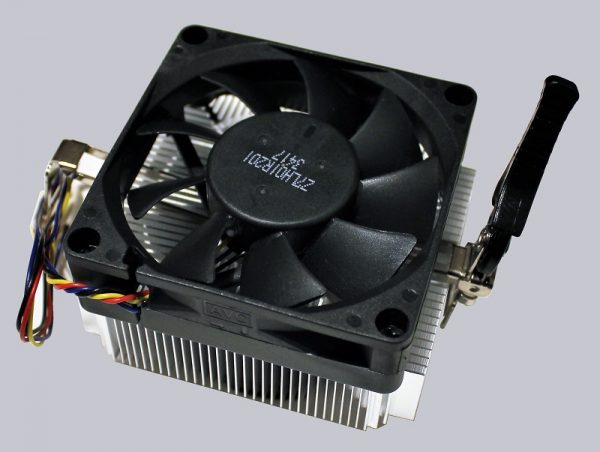 Anyone who wants can also check out our recent review of the Arctic Freezer 12, which is tested under the same conditions and compare the results.

The values could hardly be better!

The Cooler Master MA410P clearly beats the AMD boxed cooler in terms of both temperatures and noise level. 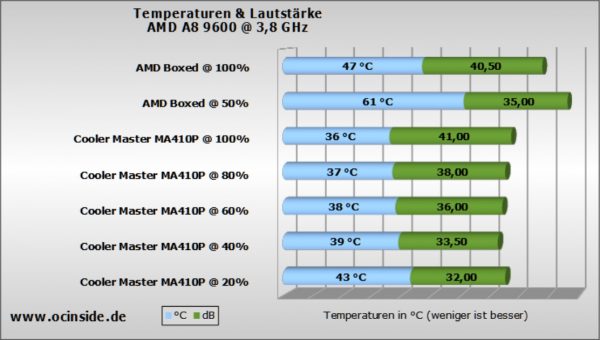 The values of the fan surprisingly differ significantly from those of the AirBalance fan from our Masterfan Pro test. Who then compares the key data of both fans with each other, will quickly find out that almost all relevant key data such as current consumption, speed, air pressure, etc. distinguish, no wonder that we come to different measurement results. Since Cooler Master (still?) does not offer an identical fan for the MA410P cooler in its own spare part shop, it naturally raises the question of which fan should be used if you want to use the additional holder for a push / pull configuration.

Apart from that the fan makes a good figure. Up to 40% we can call it silent, 60% and 80% are louder but still OK. The jump to 100% is then a little bigger, this setting should be avoided, at least if you like silent settings, because the cooling performance does not increase to the same extent. The fan noise is free of disorders.

To be able to estimate the fan noise, there is also a video as usual: