PC building instruction – installation of the hardware in the MasterBox 540 …

Since Cooler Master advertises a lot of installation space, we decided to install the following components:

Surprisingly, the components were installed without any major problems. We only needed a normal Phillips screwdriver to fix the motherboard and the radiators. Due to the 8-pin power supply of the CPU, we decided to mount the 240mm radiator on top. 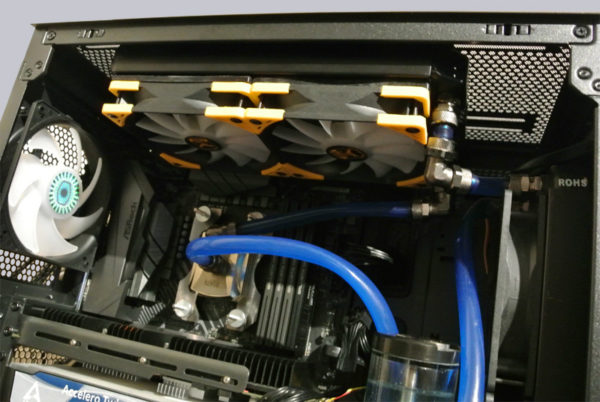 The 360mm radiator, on the other hand, is mounted in the front. Since our graphics card is fortunately not extremely long, the water pump also found a good place in the case. 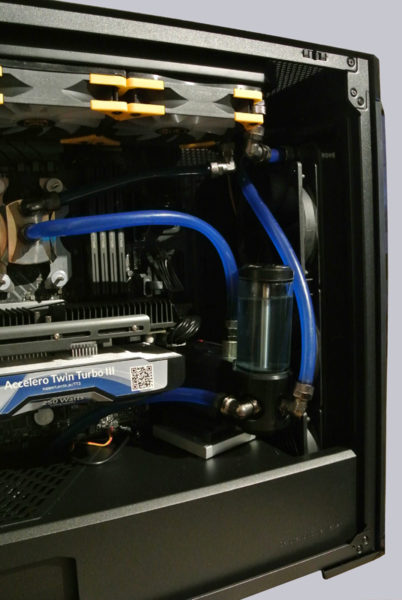 Here you can see again the general view from the side. 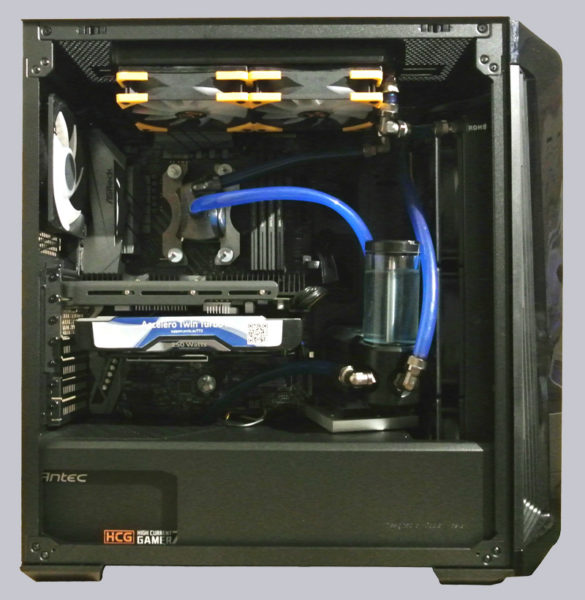 On the back, besides two SSDs … 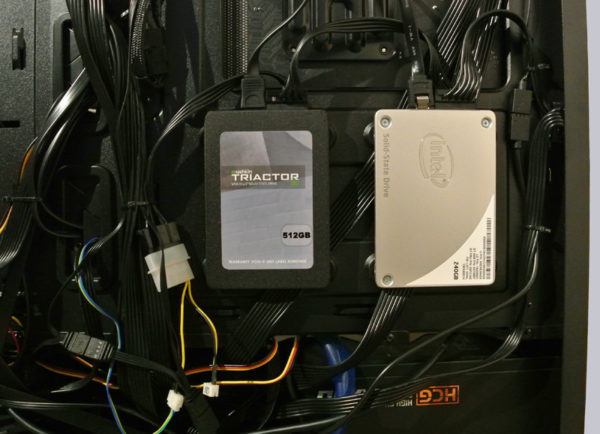 … also the integrated LED controller has found its place. By the way, this also needs a SATA power connector. 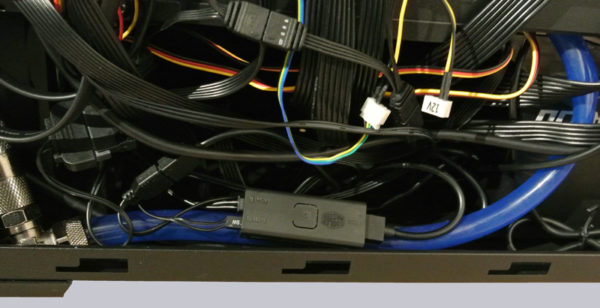 Now that everything is installed, let’s take a look at the MasterBox 540 in the dark. 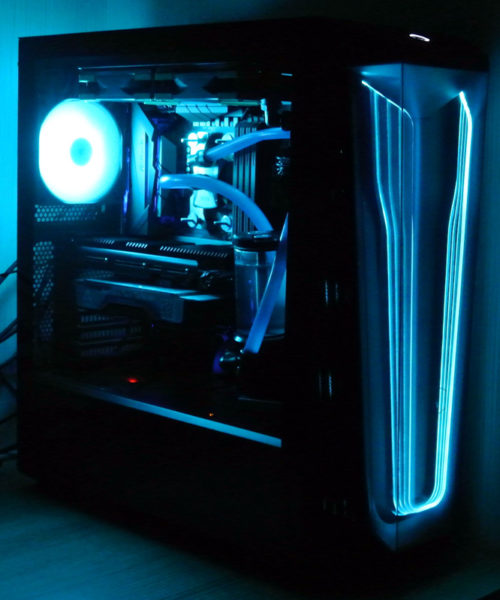 Those who previously thought that the Masterbox was rather plain and restrained will now be proven wrong. The lighting installed by Cooler Master looks very impressive! 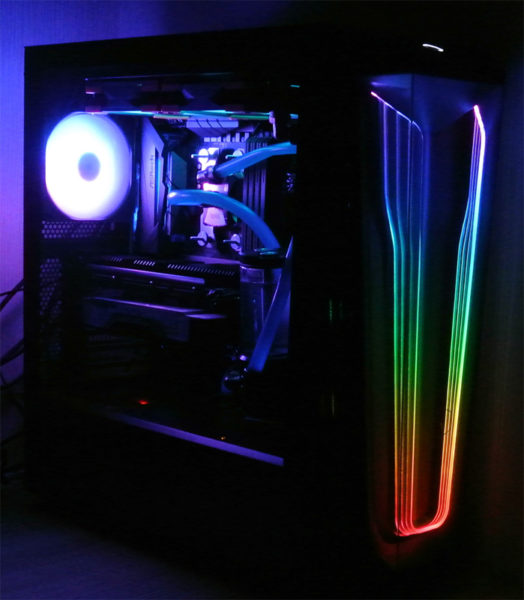 Especially the 3D effect of the front is almost hypnotizing. If the illumination is not enough, you can add a few LED strips or fans to the existing RGB controller. In our case, we were able to connect two 120mm fans without any problems. 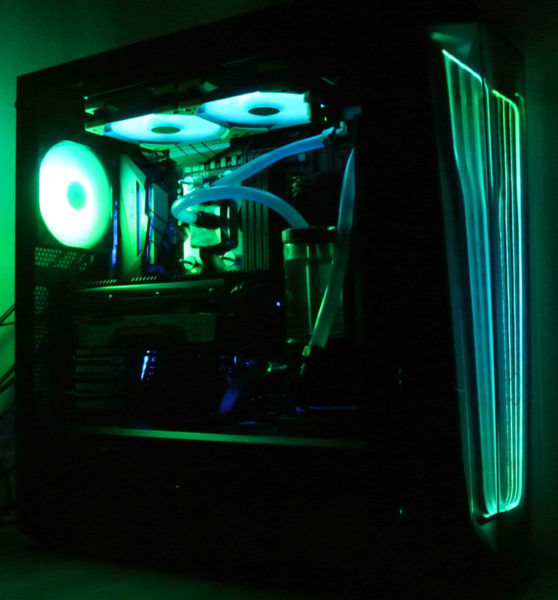 If you are not satisfied with the lighting modes of the included LED controller and have a motherboard with ARGB connector, you can of course integrate the integrated lighting into your lighting concept without any problems thanks to the standardized A-RGB cable.

Before we come to the conclusion, we can enjoy the different modes and colors of the LED controller in our OCinside YouTube Channel.