We have tested the Icy Dock ToughArmor MB840M2P-B removable rack with a Crucial P1 1TB M.2 NVMe SSD on various systems without any problems, most recently here on the latest ASRock X299 Creator Intel LGA2066 DDR4 ATX motherboard, with which we also carried out the benchmarks. 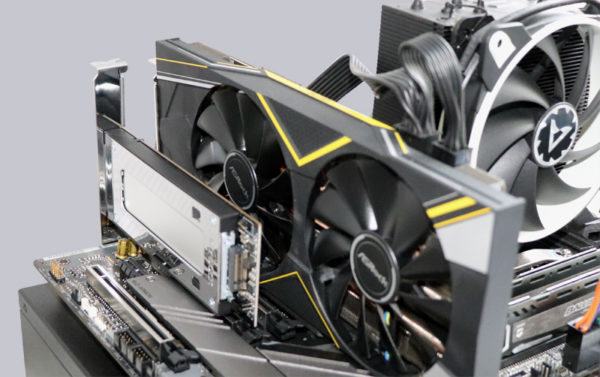 After the uncomplicated installation we now check if the MB840M2P-B performs better or worse than if the SSD is directly inserted into the M.2 slot of the mainboard. For this we have chosen AS SSD Benchmark (Download), first directly over the M.2 slot of the motherboard and then in the removable PCIe frame.

Here are the measurements of the NMVe SSD directly in the M.2 slot of the mainboard … 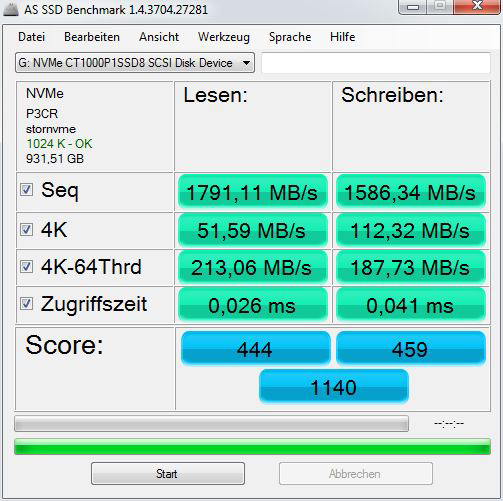 Next, we inserted the NVMe SSD into the Icy Dock ToughArmor MB840M2P-B PCIe removable frame and measured again. The differences are in the range of the measurement tolerance and are therefore equal to the benchmark values of the M.2 slot. 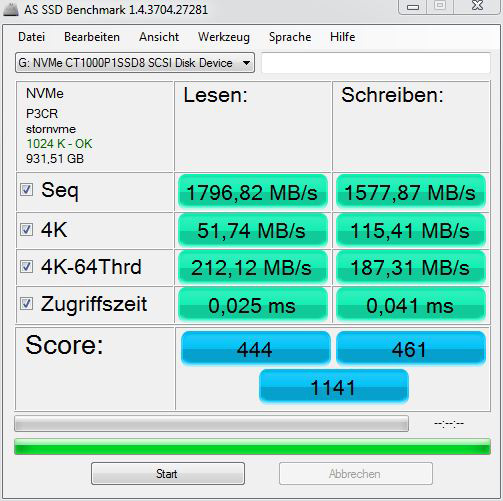 All in all, the MB839SP PCIe 3.0 x4 removable frame easily matches the speed of the Crucial P1 1TB M.2 NVMe SSD. This is not surprising, since PCIe 3.0 x4 offers enough bandwidth, as you can see very clearly on the following table.

With the program CrystalDiskInfo or with the tools of the respective SSD manufacturer, you can easily check whether the NVMe SSD is connected with the right bandwidth. Recognizable by the transfer mode PCIe 3.0 x4 in the PCIe 3.0 x4 slot.

Before we come to the Result and general impression, we want to check one more point and that is the temperature in the M.2 slot and in the removable frame.

The temperature increases to 58°C without M.2 cooler in the M.2 slot. 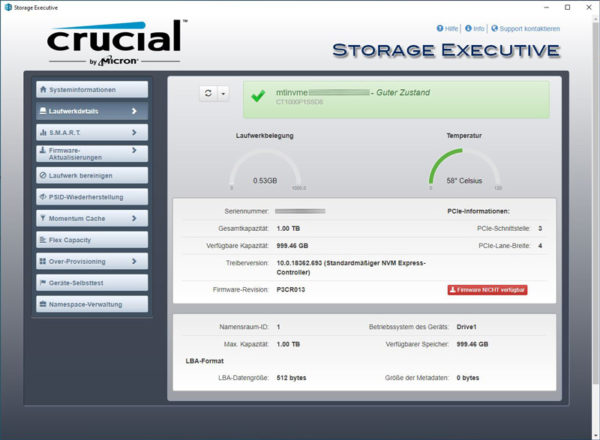 In the Icy Dock removable frame, however, the temperature only rises to 41°C, which is of course a considerable difference.

Of course we looked at the PCIe card again with our thermal imaging camera, but it is difficult to measure the temperature of a glossy surface without modification. Therefore we had done the previous temperature measurements with the internal temperature sensor. 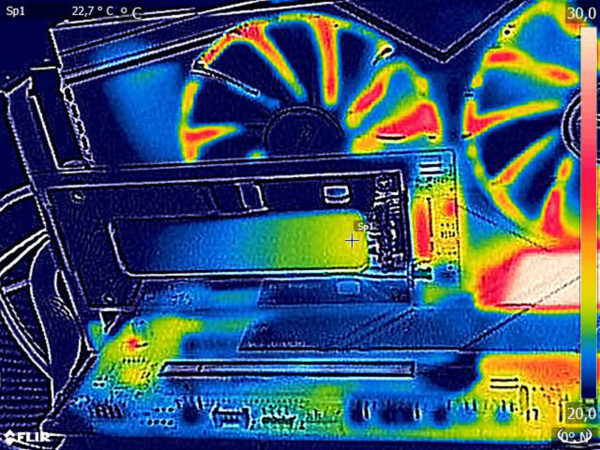