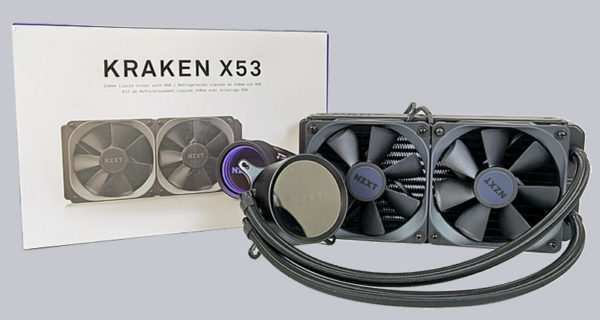 The NZXT Kraken X53 shows once again that NZXT is a good choice for AIOs!

It can be very quiet and still provide good cooling results.

The illuminated NZXT logo is a stylish thing and there are many different settings, the logo can be adjusted separately from the illuminated ring and the mirror effect gives the pump that extra touch of style. It also cools at a very high level and doesn’t even need to hide behind a NZXT Kraken Z73.

Even though there are cheaper AiOs on the market, the workmanship, looks and performance of the NZXT Kraken X53 is above average and therefore our OCinside.de purchase tip award 07/2020!

Tip: In the interactive Fit for Fan guide you can virtually fit coolers onto different motherboards and listen to many – the NZXT Kraken X53 will be included in the next update.

Here you can order the NZXT Kraken X53 AIO at a reasonable price.