Another important “part” of the Kraken X USB headset is the software, since it not only configures the lighting, but also provides the 7.1 functionality. Typical for Razer products, we are automatically offered the installation right after plugging in the headset. However, only the “Synapse” component is necessary for the headset. 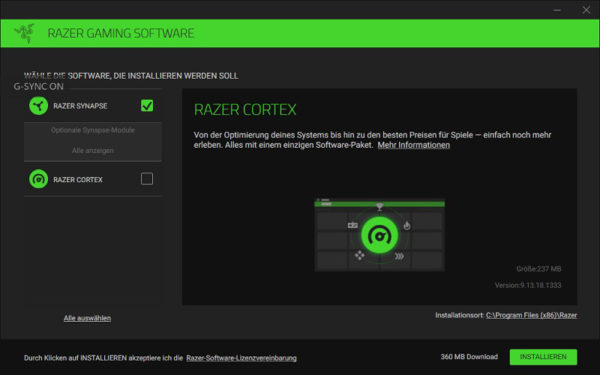 Although we are strongly recommended to install the “Coretx” component as well, we are not interested in automatic optimizations of our system, of which we cannot estimate exactly what the optimization tool for PC gaming changes on the system in case of doubt. 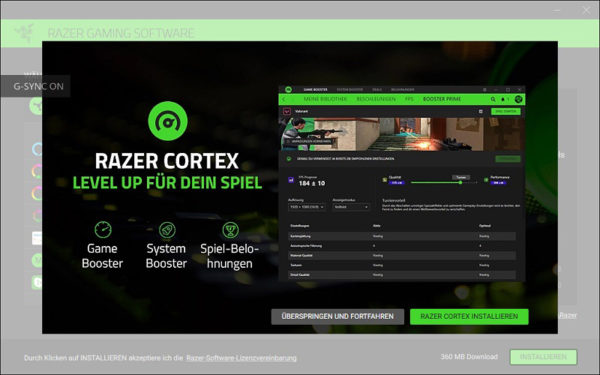 Unfortunately, also “typical Razer” is that an account is required to use the software. 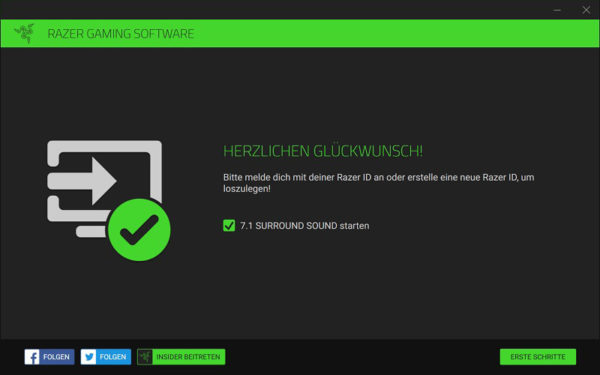 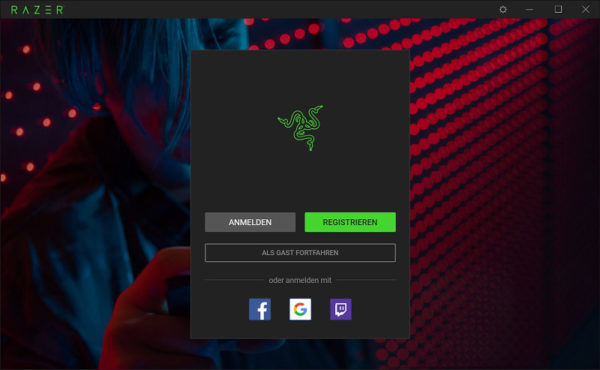 … but then you have to accept restrictions. Of course, everyone has to decide for themselves whether it is important. 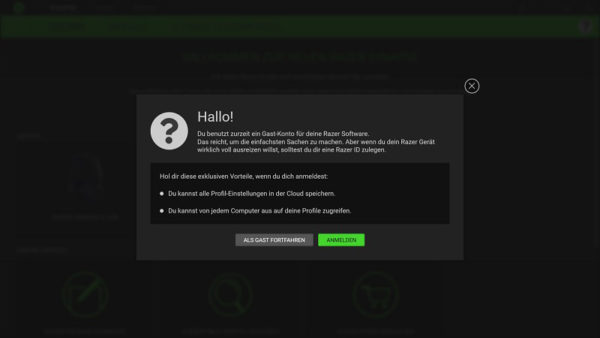 How to install the Razer Synapse software step by step and what else you can do with it, by the way, we had recently explained with a ASRock Taichi Razer Edition Mainboard in a detailed Razer Synapse Tutorial.

Anyway, we now start the freshly installed “Synapse” and take a look around. 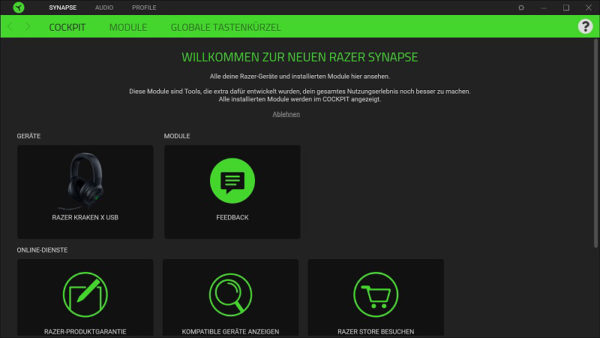 In the menu item “Sound” we can only adjust the volume. 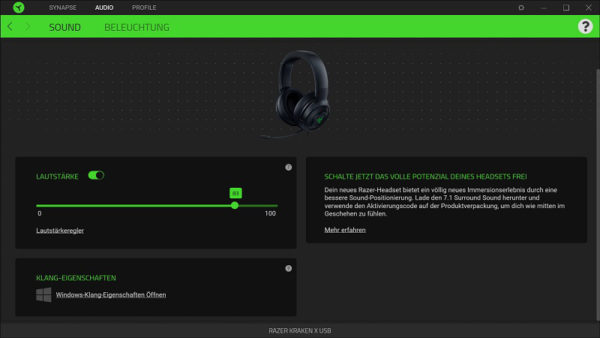 The brightness of the earpiece illumination can be set under the menu item “Illumination” and how it should behave in standby. Only “static”, i.e. permanent glowing, and “breathing” are available as effects, whereby the latter rather turns out to be “slow blinking”. The transitions are simply very abrupt, so the “breathing” effect, which normally every supplement RGB controller can handle, doesn’t come into its own too well in the Kraken X USB headset. 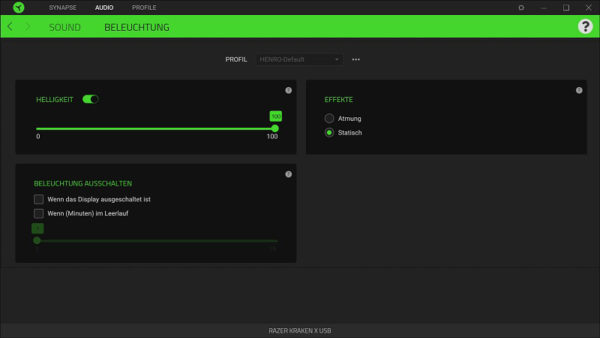 For the 7.1 feature, the installation of another software is necessary … 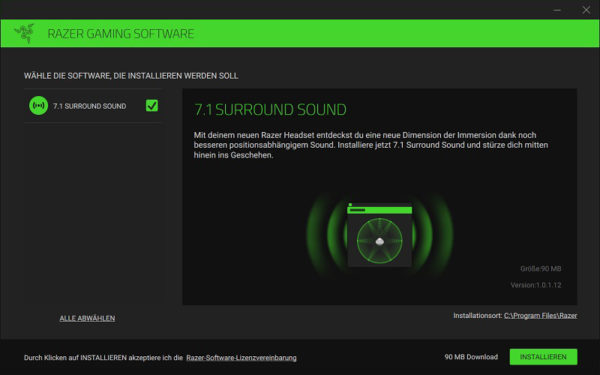 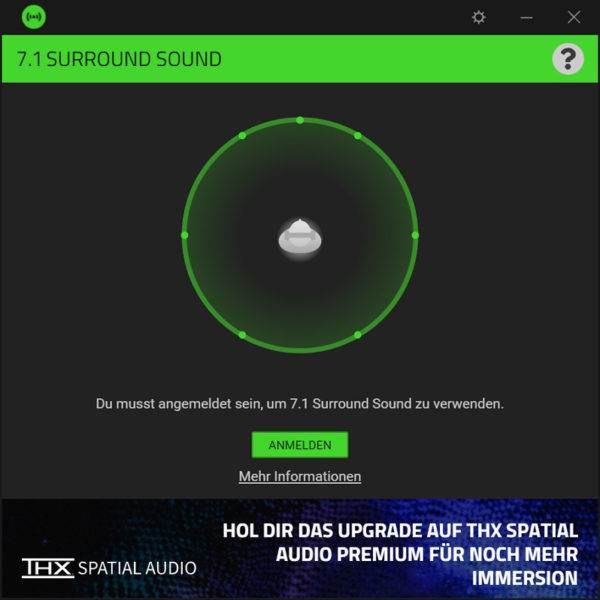 The 7.1 software also requires an activation code, which was included with the headset. 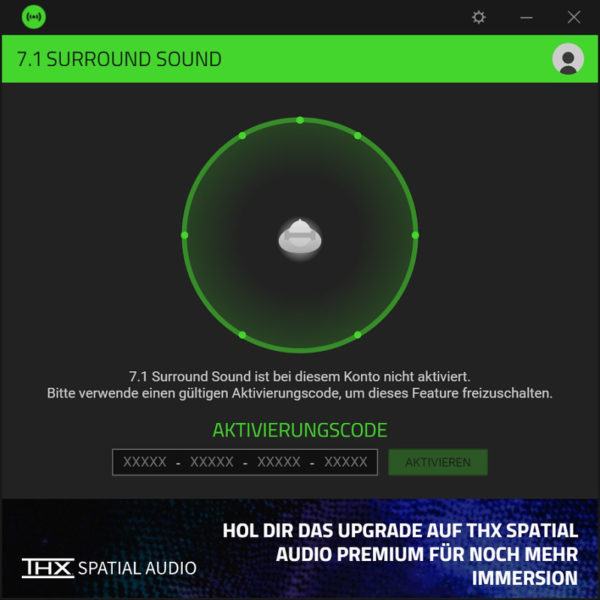 An additional 7.1 audio device is created, which we should use if we want to have the virtual 7.1 effects, i.e. the surround sound is created by software. 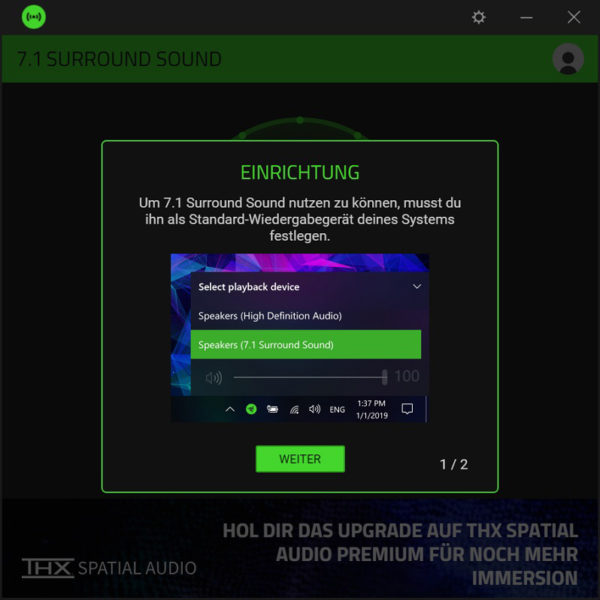 In the next step of the setup, we also select the audio device for which the room sound generation is to be done accordingly. 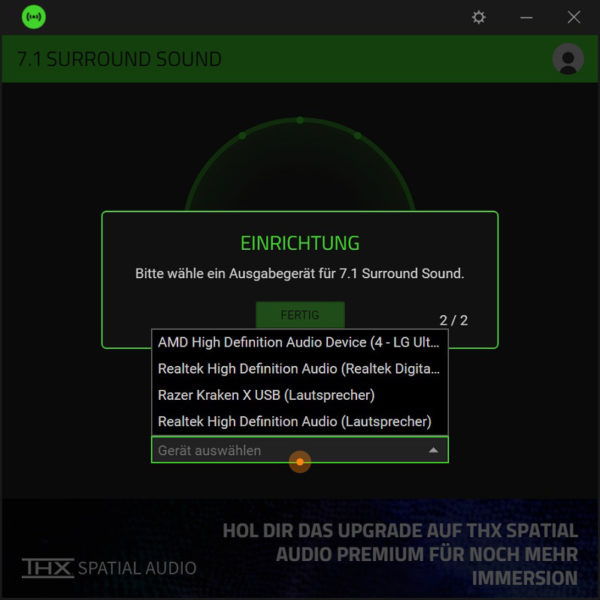 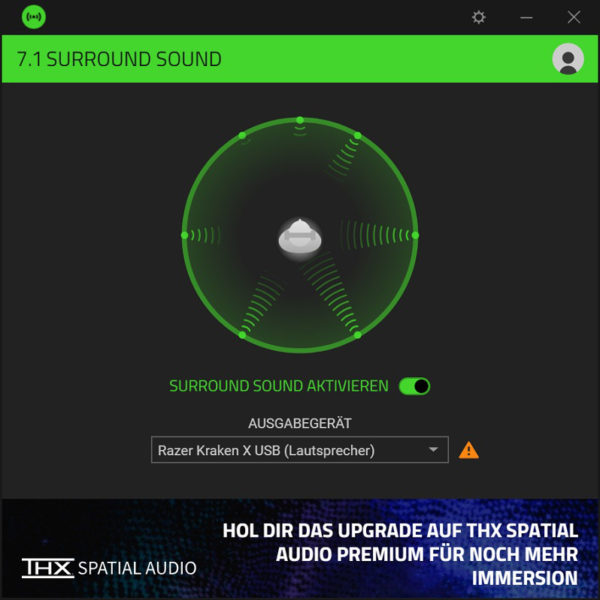 However, there is not much more to set afterwards. We start the Razer 7.1 software automatically at Windows startup and minimize it to the taskbar. 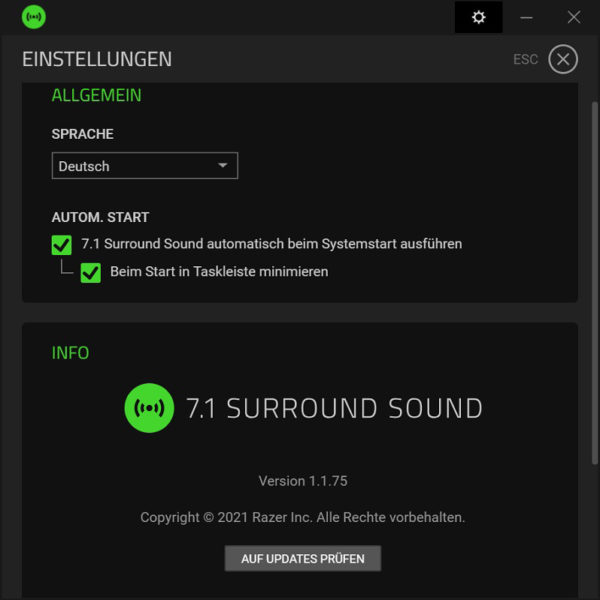