At the beginning when taking off the side windows and also later when removing sheet metal parts we noticed that the thumb crews cannot be removed by hand. Also during the later disassembly, some of them could not yet be reassembled by hand. The grip to a big slotted screwdriver was unavoidable. This is probably due to the fact that the screws and the threads in the plates are painted. Otherwise the workmanship is impeccable. There are no sharp edges and nothing rattles. The fact that the side windows are screwed from the back looks very elegant.

An important aspect of the PC construction is the ventilation and cooling. The Level 20 RS ARGB Tower offers countless mounting places for fans of different sizes. The user manual gives a good overview of the numerous possibilities. 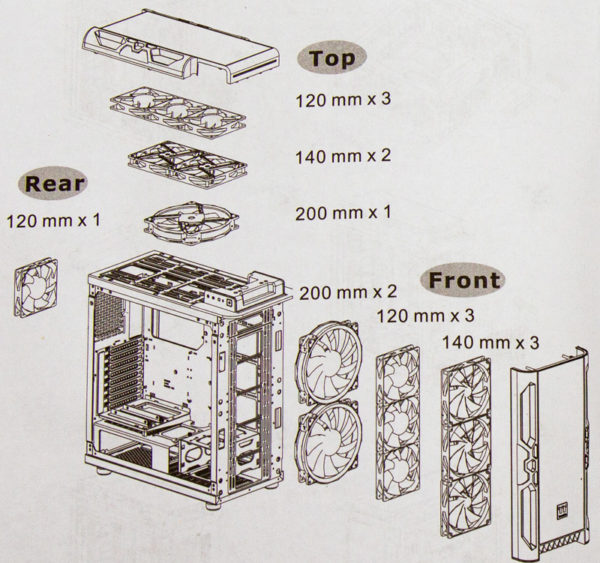 Furthermore, additional fans can also be mounted to the right of the motherboard and on the bottom of the case. The same applies to radiators. There are also several placement possibilities here. Even several 360mm radiators can be accommodated. Separate cooling circuits for CPU and graphics card would be possible without problems. 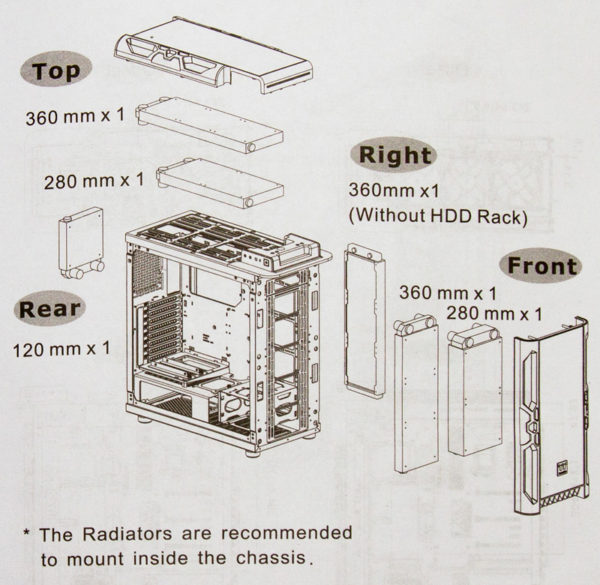 Theoretically you could also use the two front 200mm fans to blow air through a front radiator. However, we do not necessarily recommend this. The included RGB fans only run at 600 rpm and are not adjustable. If the hard drive cage remains installed, you can only mount a maximum of two fans on one radiator in the front. A radiator of up to 280mm would not be affected if it is placed on top. The 38mm thick radiator of the Arctic LiquidFreezer II water cooler would even have space in front of the hard disk cage. 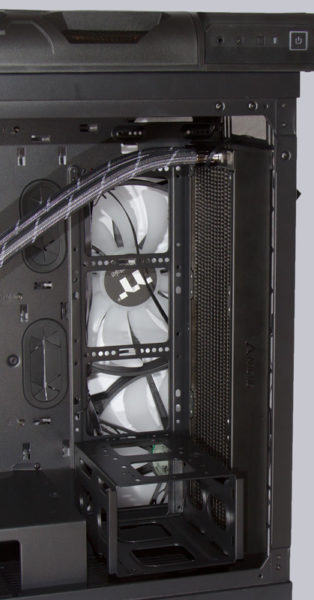 Space is the big plus of the Level 20 RS ARGB Tower!

There are countless possibilities how and where to mount fans, radiators and hard disks. With the fan cover on the top, fans can be mounted on the outside and inside there is still enough space for a thick radiator and additional fans. So you can squeeze the last bit of cooling power out of your radiator by equipping both sides with fans. 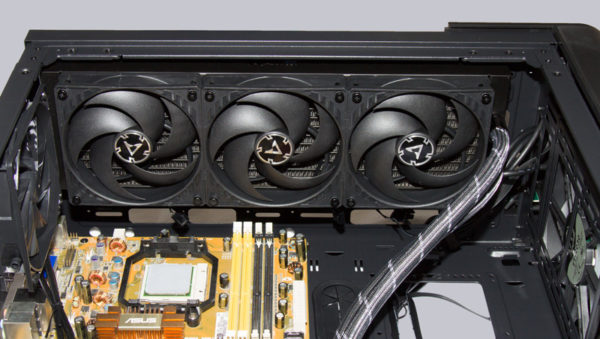 But the Level 20 RS ARGB is not only suitable for water cooling. Thanks to its great depth, it also easily accommodates air coolers up to 172mm high. This is enough even for the largest high performance air coolers on the market.

Hard drives can be placed visible from the front or on the back of the motherboard tray. To the right of the motherboard is space for fans, a radiator or even vertically mounted hard drives. Directly in front of it, a double hard disk cage is factory installed. Its two plastic slides can be removed and replaced easily and without tools. 3.5″ hard disks sit firmly and are classically screwed to the side of the tray. 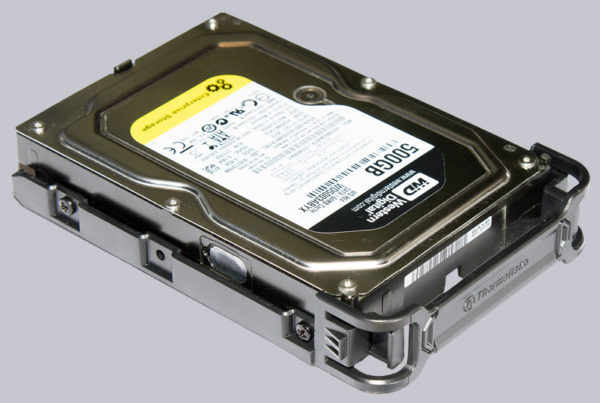 2.5″ drives can be screwed to the carriage from below. The generous openings help to prevent heat accumulation around the hard drives. 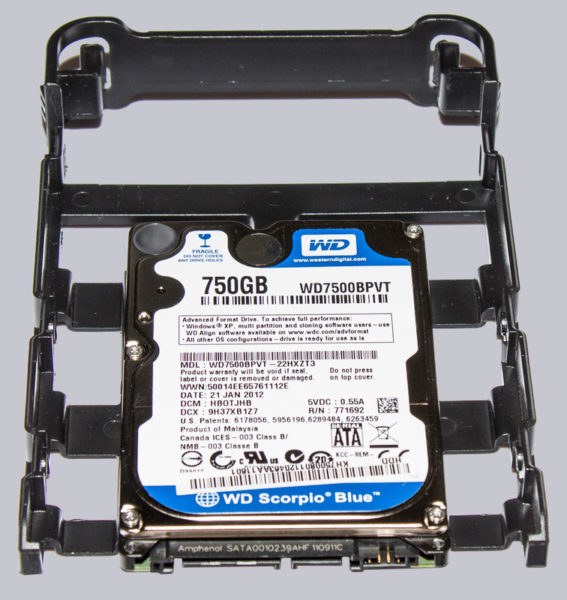 By loosening 4 screws, the hard disk cage can also be easily removed. Then there is enough space for an expansion tank of a custom water cooling system. 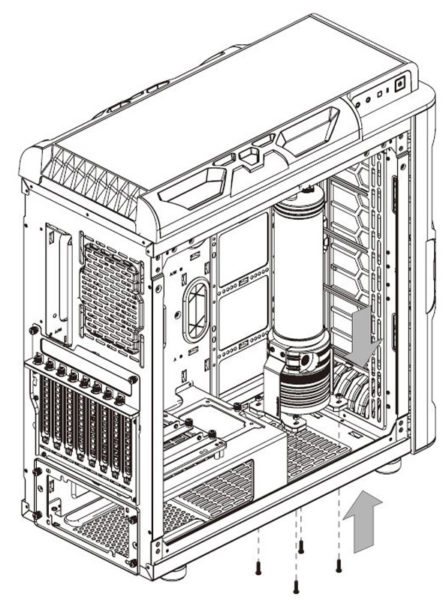 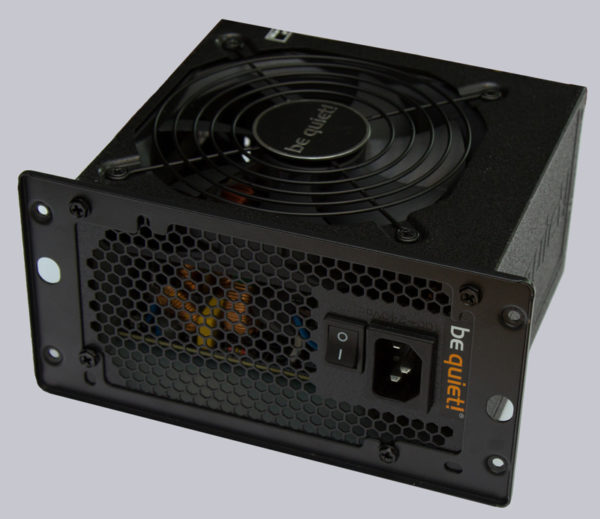 The installation of an optical 5.25-inch drive or an internal 3.5-inch card reader is not possible. However, this can easily become painful in today’s world, as these components are becoming less and less important.

It still remains for us to take a closer look at the RGB effects. So that everyone can get a picture of it, we have uploaded a video of it in the usual manner on our OCinside YouTube Channel. The video does not jerk and does not run in slow motion. The effects are really a bit choppy and slow. If you want to help here, you should connect the aRGB connector to the motherboard if it has a 3-pin 5V aRGB header. Otherwise, all that remains is the handle to the soldering iron and another RGB controller to give the lighting a little more dynamic.