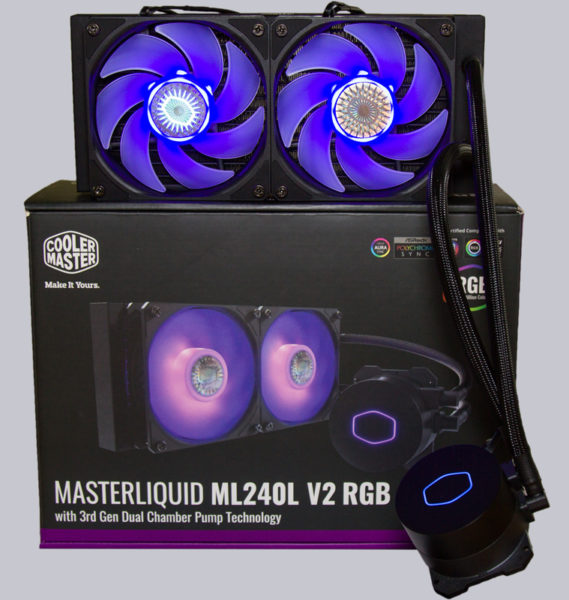 The new fans are powerful and not disturbingly loud. The same applies to the updated pump. Only the tubes should be longer, so that the radiator can be placed in the front of larger housings.

Compatibility is a big plus point of this water cooling system. It fits all current Intel and AMD sockets and proprietary plugs have fortunately been omitted.

And the price is even lower than that of many high-end air coolers, despite RGB lighting and extremely good cooling performance!

With a little luck you can win the Cooler Master ML240L V2 RGB AIO here!

Tip: In the interactive Fit for Fan guide you can virtually fit coolers onto different motherboards and listen to many – the Cooler Master MasterLiquid ML240L V2 RGB will be included in the next update.

Here you can order the Cooler Master ML240L V2 RGB AIO at a reasonable price.