The Synology DS218+ NAS has been tested with the following systems:

Let’s start with basic copying. For this we take files that we may encounter in our daily lives. 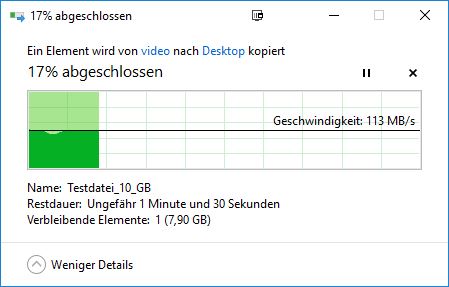 A 10 GB file was copied from the internal SSD to the NAS in 1 minute and 27 seconds. It took the same time to copy the same file back to the internal SSD. The copy process achieves a very good value of up to 113 MB/sec despite the GBit connection and should not let the waiting time until completion become too long. But what if we want to copy a lot of small files? The same amount of about 10 GB was transferred to nearly 20,000 files. The copying time was 6 minutes and 47 seconds. Downloading the files from the NAS took 4 minutes 43 seconds. 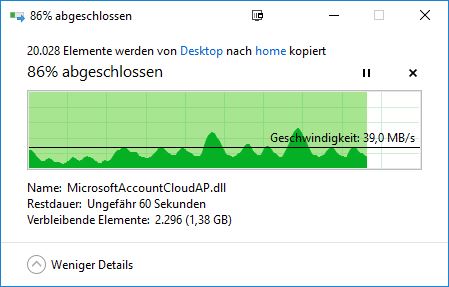 The folders can be provided as network drives or classically in the network environment. We consider the automatic switch-off function to be useful. Even in times when electricity is likely to become more expensive than diesel, it is practical to automatically shut down and even start up the NAS. However, this implies that some electricity is “consumed” even when switched off, which is limited compared to normal operation.

The DS218+ also scores in terms of smoothness and volume. The built-in fan is hardly audible during operation. Vibrations and running noises of the hard disks depend of course on the respective model. The Seagate Iron Wolf hard disks were both vibration-free and smooth running.

The interaction with our UPS also went smoothly. All settings were accepted and when the UPS power plug was removed, the NAS was set to safe mode after the selected time. This means that the hard drives are unmounted and all services are stopped in order to prevent damage to the system in the event of the UPS running idle.

Let’s take a look at the Video Station. This is an integrated media player that is able to transcode videos and make them playable for other devices. However, the first launch of the classic “Jurassic Park 3” only created long faces for us. 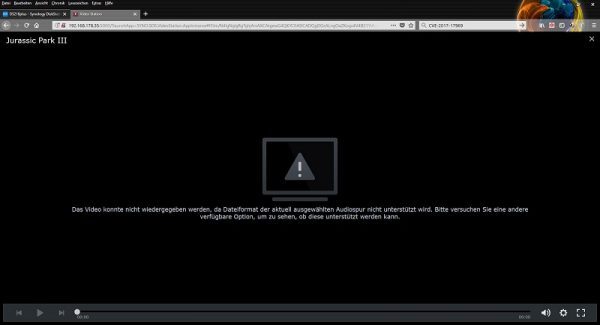 In fact, the audio tracks of the film DTS are encoded and apparently cannot be read. But we have a practical remedy. The problem is not a technical hurdle, but a licensing hurdle. This can be easily fixed by navigating to the package management and adding another package source there. This is the serious source https://packages.synocommunity.com/. 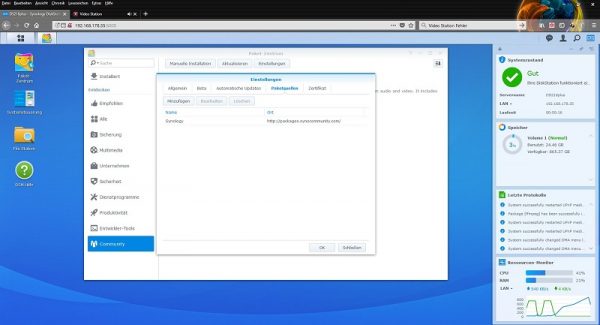 After that you only need to enable the installation share of the source or package and you can install ffmpeg on the NAS. If the appropriate codecs are installed, playback will work again. 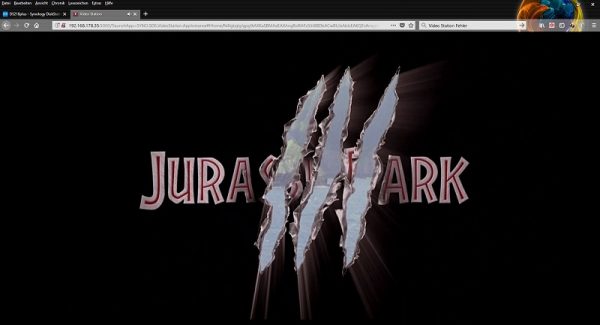 Unfortunately we could not play the file directly from the NAS on our TV during a first test. But this is not necessarily due to the DS218+. It is well known that the operating systems of televisions are not exactly the rubber bands of the multimedia landscape in terms of flexibility. Here a dedicated multimedia player like Raspberry Pi or Raspberry Pi 3 from our tests would be much better suited.

So we were all the more surprised that there is a way to get a codec muffle to play the video file. The “Offline transcoding” option converts the video and makes it playable again for the TV. 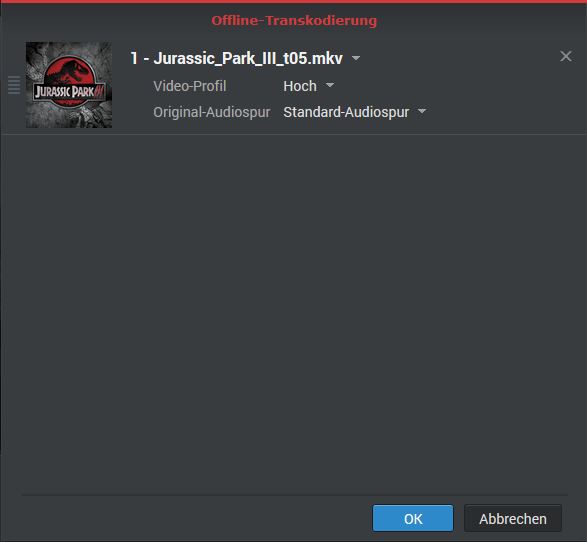 The 22 GB file then weighs only 12 GB, but only contains the selected audio track. The transcoding took about 12 minutes for this file and the original file is retained.

We don’t want to deny another great function either..