Even with a CPU with unlocked multi – so free multiplier selection it could make sense to increase the BCLK (formerly known as FSB) to change dependent clock rates.

If you do not like to know how high the BCLK is overclock able and do not need a higher memory clock outside the norm, you can skip this step and continue overclocking with the multi. Haswell and Broadwell processors comes with a default reference clock of 100 MHz. At the first glance there are only limited possibilities, but on the second look fortunately there are good opportunities to increase the reference clock extensively.

Not only the processor clock is dependent on the reference clock, but also some other clock rates, such as the iGPU clock and memory clock, so you can use the higher reference clock not only to increase the processor speed of an processor with a locked multiplier. On the other side, the clock rates depending on the BCLK must necessarily be adjusted if the motherboard does not already automatically changes all dependent dividers and multipliers.

Before the first FSB Overclocking, inexperienced users for example should take photos or screenshots of all BIOS settings, because they may be completely reset at excessively high overclocking and you should know how they are set correctly (navigation in the UEFI Setup using mouse or in BIOS using page up/down key, cursor keys, selecting with enter and changes often over the + and – key on the keyboard).

Since the multiplier even at non-K processors can be decreased, the multiplier for the next test should be reduced first to a very low value like 10x and turbo boost – if it exists – should be disabled to prevent that we already reach the CPU maximum clock. Also the IGP clock (GT frequency) – if the CPU has an integrated graphics chip – should be significantly reduced first, before finding the maximum BCLK clock. As mentioned earlier we enhance also the memory clock with the reference clock, so it makes sense to set the memory frequency for this BCLK testings to the lowest value (e.g. DDR3-800). 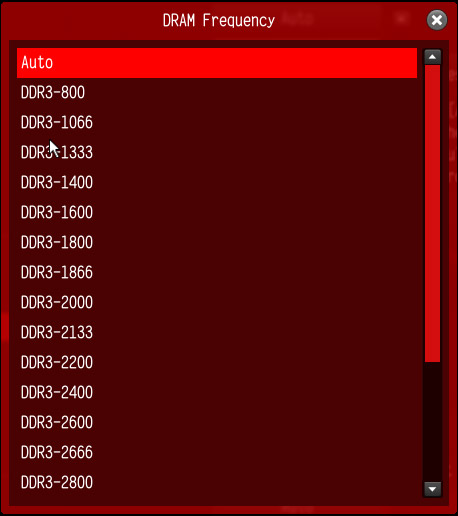 Then we increase in small steps (Yes, best 1 MHz) the reference clock using BCLK Frequency in the UEFI setup of the motherboard, as long as the PC boots up properly. Who have for example the ASRock Z97 Extreme6 oder Z97X Killer Fatal1ty and want to save some time, can try to set the BCLK/PCIE Ratio to 1.67x and overclock the reference clock directly to 167 MHz, because we could successfully set this frequency in all ASRock Z97 reviews. With this value you should run a benchmark now, because when a higher reference clock lead to a poorer result of the benchmark (with adjusted multiplier), we have to reduce it a little bit until it is getting faster.

Here is a screenshot of the settings with 171 MHz BCLK: 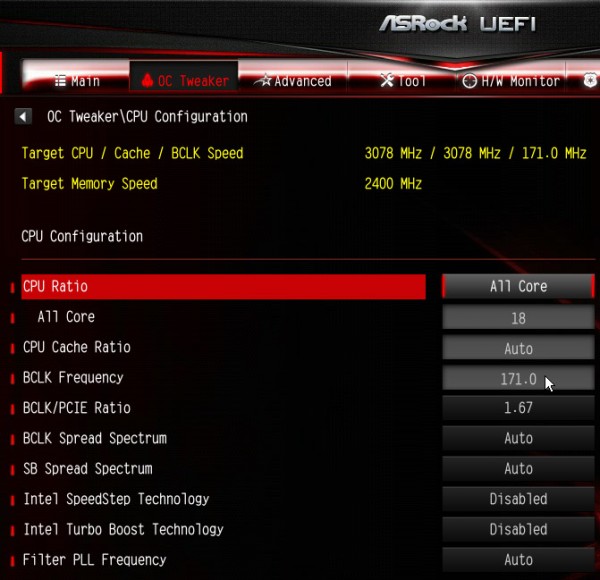 Tip: If the PC boot properly, but does not start in the operating system with increased BCLK, it can help to change the SATA controller from AHCI to IDE (absolutely not recommended with a SSD) or to use a different SATA port or another SATA controller. If the system does not boot at all because of a too high BCLK, you can reset values on several motherboards, keeping pressed the insert key during switching on the PC, others have a separate protection function like for example the previously mentioned Bootfailure Guard, which automatically reduces the reference clock to moderate values after repeated false starts (ASRock Boot Failure Guard Count). If this is not possible, you could switch the BIOS using Clear CMOS button or replace the “Clear CMOS” jumper (near the battery) for a complete BIOS reset and then re-enter all values from the BIOS.

Once we know how high the BCLK can be adjusted, we can set them within the established range, to achieve, for example, the dependent memory frequency. With the highest memory divider you would mathematically be with 168 MHz BCLK at DDR3-6680. If the maximum reference clock has been determined and the system is correctly booting with this FSB setting, we can increase yet the memory clock in small steps. Raising the memory voltage can help to get a higher memory overclocking result. But be careful ! mainly with memory overclocking at too high levels, data on the hard disk or SSD can be destroyed! 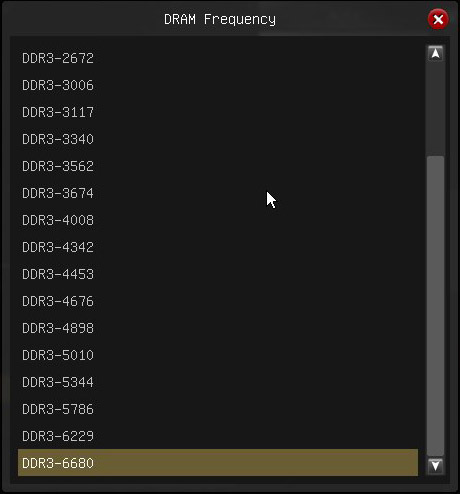