As best method to get a better stability is to increase the VCore (CPU voltage). But increase the VCore only in very small steps and with highest caution, because the VCore dramatically increases the CPU heat and thus possibly destroy a CPU Core which could be the “death” of the processor.

With a higher VCore, you can significantly improve the processor stability in almost all cases, at least as long as the power supply supports it and no device or components such as e.g. VRM (voltage regulator) is on its last legs.

The VCore can be increased with Adaptive or Override (manual voltage mode), where we recommended Override.

For example, in our tests we were able to overclock an Intel Core i5-4670K shortly on 5105 MHz and stable on 5 GHz, but this required a CPU voltage of 1.600 Volt and in addition had to raise the VRIN (VCCIN / Eventual Input Voltage / CPU Input Voltage) to 1.900 Volt. Such high voltages are however not recommended, a maximum 1.50 volts with a water cooling (do not forget the cooling of the voltage regulators) or a good air cooler are entirely possible, where you should give the CPU only as much voltage as necessary to run stable. Values around 1.3 volts are in our experience in the green zone and the increase should be made maximum in increments of 0.05V, for example, from 1.20V to 1.25V then on 1.30V.

Never directly select the highest possible VCore setting ! Who still needs higher voltages could manipulate the voltage regulator IC with a resistor, to get in reality a significantly more VCore with a low voltage setting. Some instructions for many motherboards and voltage regulators can be already found in the Workshop area, more VR increasements can be requested in our Forum.

The same voltage can be set now for Uncore or the CPU Cache. Since we have achieved only a low performance gain over the Uncore / CPU Cache Boost, we believe that additional heat is not worth to increase the Uncore voltage.

In addition, there are still the so-called LLC (Load Line Calibration), LLC the Vccin voltage adjustment depending on the CPU load. If you set Load Line Calibration to LLC5, you select the strongest difference contrary automatic LLC. This means, when during heavy CPU load we get the most reduced CPU input voltage and it remains not at the high voltage or at Level1 even a tick higher than the default voltage.

In our test, we reached 5105 MHz, but only with significantly higher increasement of the VCore up to 1.600V, strongly heated voltage regulators and a rise in the PC power consumption of more than 100 Watt – so better do not try this ! 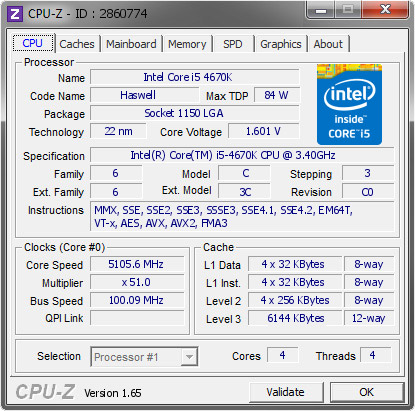