This is how to nickel plate. Nickel-plated surfaces are frequently encountered in everyday life. Furniture fittings, tools and even CPU coolers are often coated with a thin layer of nickel. It protects objects from corrosion and makes them resistant to environmental influences. In the computer area, high-performance CPU coolers are often nickel-plated, as bare copper would otherwise oxidize quickly. In the following nickel plating tutorial on OCinside.de we nickel plate a coldplate and test the nickel plated AIO with liquid metal!

Here you can buy nickel or nickel electrolyte.

For our Intel Heatspreader Flatness Workshop, we laboriously sanded and polished a CPU by hand. 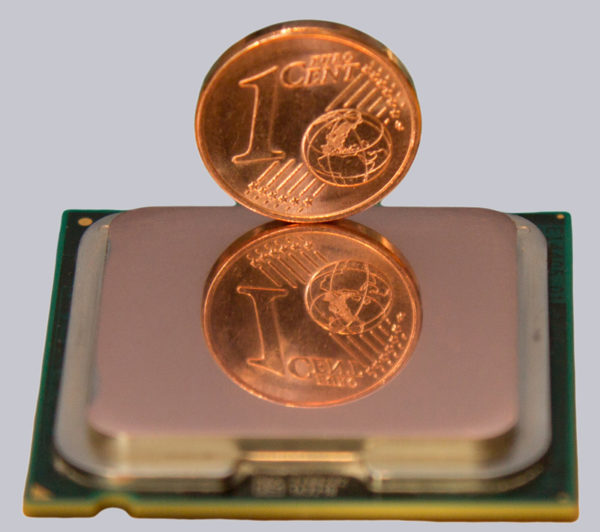 Without a protective layer, ugly tarnish formed after a few finger touches in the air after a short time. 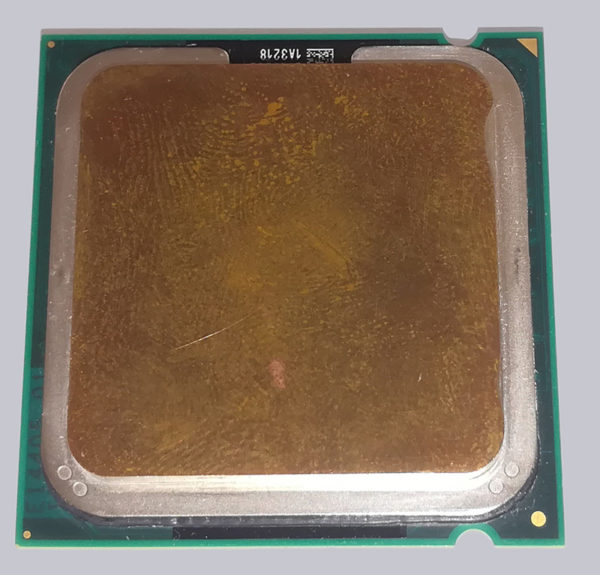 Such oxidation is not pretty to look at and it can also affect the functionality of a component if it progresses.

Sensitive components can be protected and even upgraded with an ultra-thin nickel coating. 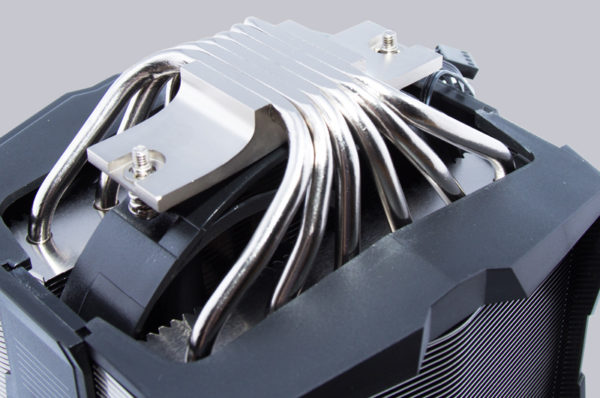 Unlike chrome plating, nickel plating is also more environmentally friendly. That’s why more and more products are being nickel-plated that used to be chrome-plated. In CPU coolers, a nickel coating prevents oxidation of the copper parts. Nickel’s also excellent thermal conductivity makes it an ideal surface finish for coolers. This is also the main reason why both AMD and Intel nickel-plated the heatspreaders, i.e. the lids of the CPUs. The following picture shows a typical nickel-plated CPU lid. 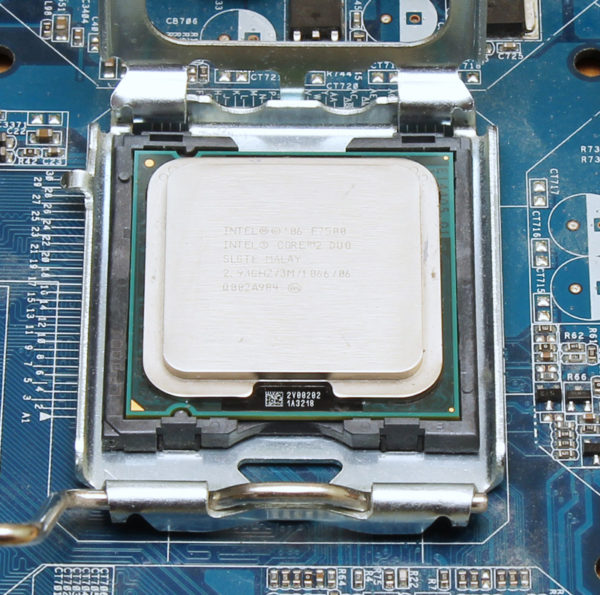 The nickel-plated surface is resistant to all common heat conductors and also does not tend to form an alloy with the heat conductor. Bare copper, for example, slowly forms an alloy with gallium, which is a component of liquid metal, even at room temperature. Over time, the copper thus removes part of the gallium content from the liquid metal, causing the gallium content in the liquid metal to decrease. This process eventually causes liquid metal to solidify after some time in contact with copper. As a result, liquid metal loses its ability to fill the smallest gaps between the CPU heatspreader and cooler. Many users have also reported that the CPU cooler could hardly be removed from the CPU after liquid metal was combined with a bare copper cooler.

Enthusiasts prefer to install the best components they can find for money in their computers. For the best cooling performance, choose a high performance cooler and liquid metal as the thermal interface due to its many times higher thermal conductivity value over any conventional thermal paste. We’ve already shown how massively liquid metal can improve the cooling performance of an existing cooling system over thermal paste in our Liquid Metal Workshop to Improve a Notebook Cooling System here on OCinside.de!

Many high-performance air coolers are already nickel-plated by the manufacturer. For example, Arctic’s current top model, the Freezer 50 A-RGB. 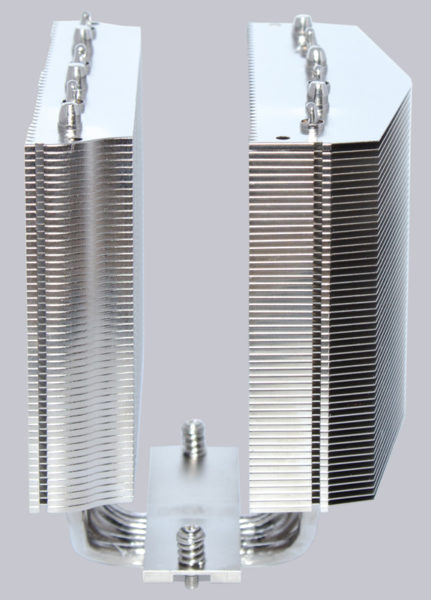 However, in CPU water coolers, the contact surface to the CPU is often bare copper, which should not come into direct contact with liquid metal for the previously mentioned reasons. The following picture shows the coldplate of an Arctic Liquid Freezer II AIO CPU water cooler. 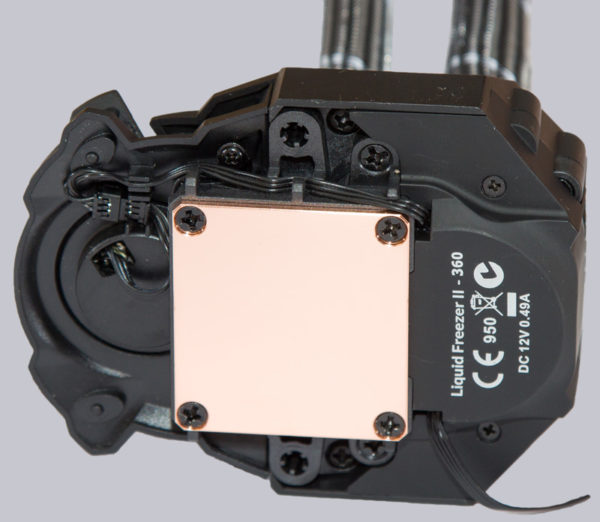 You could also have bare copper coolers plated at a specialist company afterwards, but most surface finishing companies do not accept orders from private customers. In this case, the only option left is to apply a protective nickel coating to the CPU cooler at home. We will now show you in the following steps how nickel plating works at home.

How to nickel plate …