For this SSD test, we use our latest AM4 test system (and Intel test system), which consists of the following components.

The installation of an SSD in M.2 format is very easy. The SSD cannot be inserted incorrectly into the motherboard and cables do not have to be connected. Of course, we put the SSD into the fast PCIe 4.0 slot of our ASRock B550 Taichi Razer Edition motherboard. 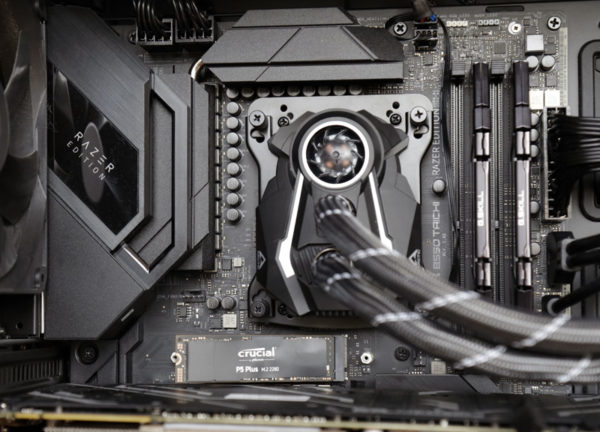 If you are unsure whether the new Crucial P5 Plus SSD is really compatible with your own or your desired PC, you can check this yourself on the

As expected, the P5 Plus M.2 NVMe SSD was confirmed as compatible there. 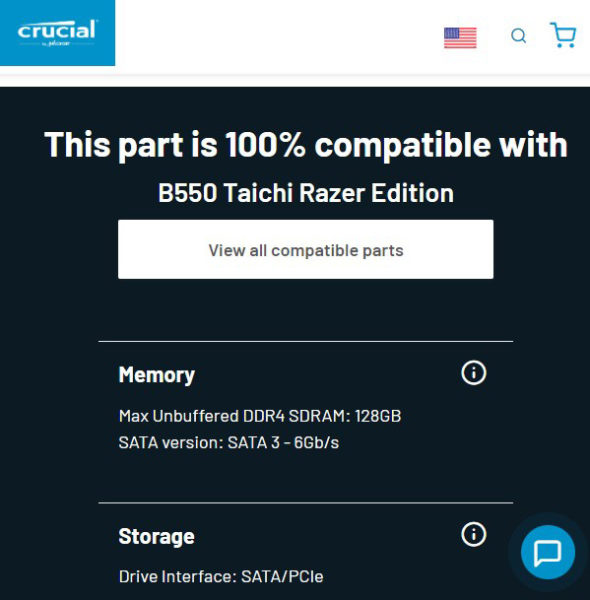 Of course, we also installed the motherboard’s M.2 cooler again after taking the picture.

After powering on, we call up the ASRock UEFI and check whether the SSD is also recognized. As expected, everything worked. 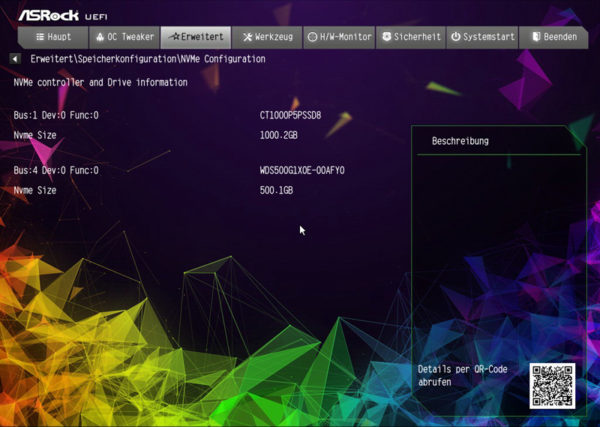 So, we restart the system and boot Windows. There, we already see the new M.2 SSD from Crucial in the device manager. 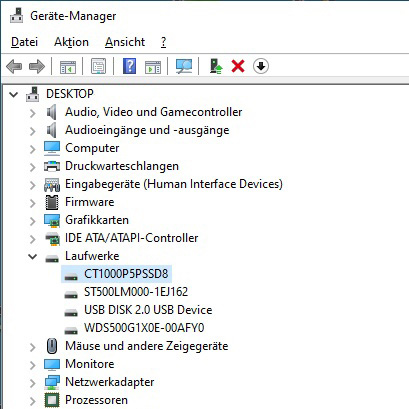 The P5 Plus SSD was shipped with the P7CR402 firmware. At the time of testing, no newer firmware was available for download from Crucial. It is relatively easy to update the SSD’s firmware with Crucial’s Storage Executive Tool, but you should always back up important data before updating the firmware. Alternatively, you can still use the classic method to update the firmware: Download Crucial firmware, unzip the included ISO file, transfer the ISO file to a USB stick with unetbootin (alternatively burn it to a CD or CDRW), boot with the USB stick and the firmware update starts.

We already showed the additional features of the Crucial Storage Executive Tool in the review of the predecessor P5, as well as the theoretically achievable maximum data transfer speeds of the different PCIe standards. However, you have to keep in mind that the P5 Plus NVMe SSD is only compatible with the current PCIe 4.0 standard and the predecessor PCIe 3.0. However, we could not get the SSD to work in the PCIe 3.0 M.2 slot of our test mainboard. It was simply not recognized by the motherboard. If this condition should change at a later time, for example through a UEFI update of the motherboard, we will update this. 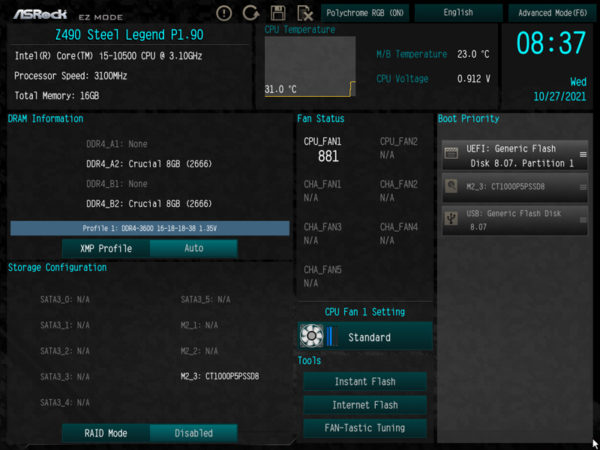 In the UEFI under Advanced Chipset Configuration we can check which DMI link connection is supported by this ASRock Intel motherboard.

If a user experiences problems during installation or speed issues during operation, we are happy to help in our OCinside.de Hardware Forum.

The right NVMe driver for the NVM Express controller is also very important. We tested the Crucial P5 Plus NVMe SSD with the latest Windows NVMe driver. If you want to know more about M.2 SATA, M.2 PCIe, 2280, etc., you should take a look at the Plextor SSD review, where we have explained all important formats, connections and speeds of the M.2 standard.

Before we continue with the benchmark results, we would like to take a look at the SSD’s temperature.

According to the internal temperature sensor, the temperature reached about 75°C after a longer benchmark load, which is quite common for such a high-performance PCIe 4.0 x4 NVMe SSD. As a special feature, we also check the SSD temperature again with thermal images on OCinside.com. We use an infrared thermal imaging camera for the thermal images, which supports image overlay and thus results in an interesting mixture of the infrared image and the real image. Externally, we could measure a maximum temperature of about 81°C under longer synthetic load. The thermal image also shows that the temperature increase, as usual, only affects the controller IC and not the NAND modules. 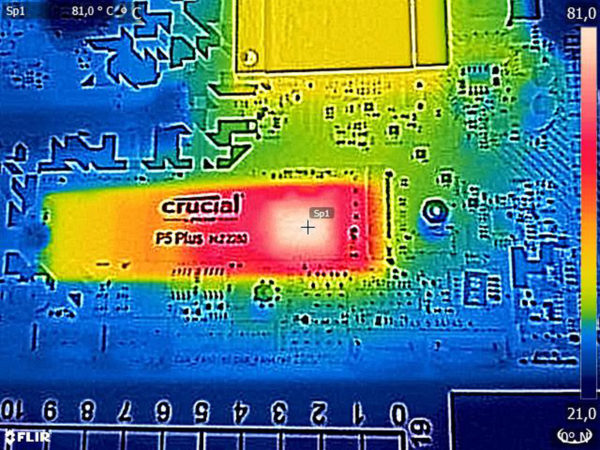 To get an even better impression of the heat development, we created an interesting video in our OCinside YouTube Channel, where we filmed the Crucial P5 Plus PCIe 4.0 SSD from PC startup to the complete completion of an HD Tach Long Bench benchmark with our thermal imaging camera. The IR thermal film runs at real speed.

The ASRock B550 Taichi Razer Edition motherboard we used has generously sized aluminum heat sinks integrated for both M.2 slots.